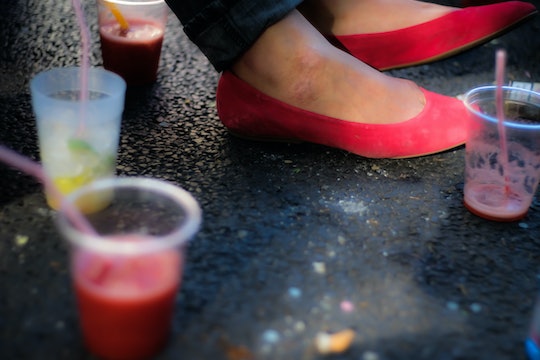 A number of young people in Alabama have reportedly turned the novel coronavirus into a game where those who become sick earn money. Officials in Tuscaloosa, Alabama, claim students are throwing "COVID parties" in an attempt to intentionally infect each other. Along with inviting people who have tested positive for the virus, partygoers are also reportedly placing bets on who will contract the virus next.

"We had seen over the last few weeks parties going on throughout the city in the county in several locations where students or kids would come in with known positives," Tuscaloosa Fire Chief Randy Smith told the city council in a Tuesday briefing. "We thought that was kind of a rumor at first. We did some additional research, not only do the doctors' offices confirm it, but the state confirmed they'd also had the same information."

According to Tuscaloosa City Council member Sonya McKinstry, guests of such parties all contribute money to a collective pot before intentionally attempting to infect themselves with the novel coronavirus while at the party. "They put money in a pot and they try to get COVID," McKinstry said, according to ABC News. "Whoever gets COVID first gets the pot. It makes no sense. They're intentionally doing it."

But it seems that infected partygoers may also be breaking the law by attending social functions while ill. In April, the Alabama Department of Public Health ordered anyone who tested positive for COVID-19 to quarantine at home for 14 days following their positive test result. Alabama Attorney General Steve Marshall warned that failure to comply with the order would be considered a Class C misdemeanor punishable with a $500 fine, local NBC News affiliate WSFA12 reported.

City officials have expressed frustration and anger at the fact young people might be throwing COVID parties with the intention of infecting themselves. "It makes me furious," McKinstry told CNN. "Furious to the fact that something that is so serious and deadly is being taken for granted. Not only is it irresponsible, but you could contract the virus and take it home to your parents or grandparents."

Tuscaloosa city officials hope to spread the word on how dangerous and irresponsible such parties are as part of their effort to break them up. To further limit the spread of COVID-19, Tuscaloosa has also recently passed a face mask ordinance, mandating all residents wear masks when in public beginning Monday. "This is not political," McKinstry told CNN. "This is a public health issue. People are dying and there is no cure. We have to do whatever we can to save as many lives as possible."