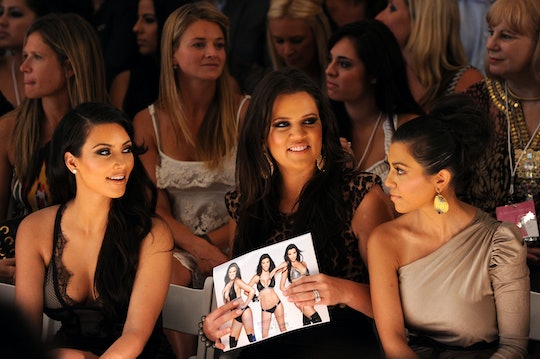 Studies On Being The Oldest Child Are Kind Of Scary

My partner and I have talked about having a second child. He and I both grew up with siblings, so we know that we want our son to have that same experience. But, as a middle child myself, I often think about what that would mean for our 2-year-old and the hypothetical child-to-be. After all, studies on being the oldest child paint a bleak picture for those of us born afterwards. Do I want to put this would-be (definitely-not-a-thing-yet-so-no-I'm-not-revealing-that-I'm-pregnant-mom) child in the same position?

It may seem like a ridiculous consideration, but think about this: Decades of research have shown that birth order not only affects your personality traits, but also your station in life. According to Psychology Today, studies have found that the first-born child is more likely to be achievement-oriented, conform to the status quo, and take on leadership roles. And, The Telegraph reported, first-born kids are overwhelmingly favored by their parents.

Second-born children, on the other hand, tend to be more rebellious and independent, while the youngest ones can get away with pretty much anything, according to a review of 200 birth-order studies. Although a lot of this research has been contested through the years, I can say that the stereotypes are certainly true of my family.

Of course, I can't deny that there are benefits to being the older sibling. After all, research has shown that the common personality traits of first-born children allow them to be more successful in their academic and professional lives.

Take these studies, for example. A 2013 working paper published by the National Bureau of Economic Research found that first-born children tend to do better in school because of strategic parenting. And a 2015 study published in the journal Learning and Individual Differences supports this finding; according to the Australian researchers behind the analysis, children who are more conscientious performed better academically.

What does that last one have to do with first-born siblings? Well, according a Journal of Research in Personality paper published that same year, eldest kids tend to be more conscientious and amendable — key traits in achieving success, Business Insider reported.

Granted, though, a lot of this research linking birth order to personality has been debunked. According to another 2015 study published in the Journal of Research in Personality, even though first-born children tend to have higher IQs, it's by a negligible amount. And an analysis published two years ago by the Proceedings of the National Academy of Sciences found that birth order has little effect on emotional stability, creativity, morals, and agreeableness.

Who knows whether my partner and I will have another kid. But I know that if we do, I'll have to make sure I am extra conscious about how I treat my children. Even if previous birth order studies have been debunked, in part, I can't ignore how it might affect the dynamics of my family as it grows up.