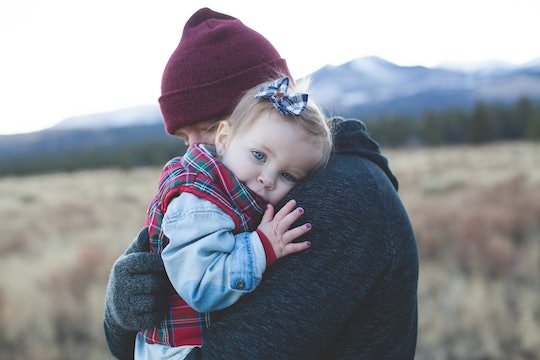 How Millennial Parents Are Disciplining Their Kids

Being a millennial parent is hard. Between the criticism from other generations, the steady stream of new studies, and all the conflicting expectations parents have to live up to, modern parenting has never been more complex and or harder to navigate. Despite what some might think, however, millennial parents are, for the most part, like any other generation of parents with the exception of a few things, like the way they discipline. And in that particular case, you'd be right to trust your judgment — studies prove millennial parents are discipling their kids less than their parents, though the ones that do largely support the same discipline methods as previous generations.

Discipline is absolutely vital for parents and their children — it's the one way for parents to reinforce what is right and what is wrong and give kids the boundaries they crave. To different people, discipline can mean different things — from taking away a child's favorite toy for throwing it across the room one time too many, to putting a toddler in time-out with a book if they've been pestering a sibling — and it's natural for parenting techniques and trends to vary between generations.

But disciplining children — from the time they're toddlers to those frustrating teenage years — is something that all generations of parents should partake in. A 2015 report from the Pew Research Center found that millennials as a generation are much more overprotective of their children and are more likely to stubbornly stick to their personal beliefs when compared to any other generation. But this point of concern and stubbornness does not correlate to discipline. Instead, according to the report, millennials are likely to praise their kids more often than any other generation, which is great — except when it gets in the way of said constructive discipline or becomes excessive.

According to ABC News, millennial moms are more likely to take a laid back approach towards parenting and discipline less. "They're creating an environment for their kids that's more laid back and less structured, and they feel more relaxed and happy as parents," Mike Fogarty, SVP and global publisher at BabyCenter told ABC News. "They reject the pressure they grew up with."

In addition, according to KinderCare, millennial parents are more likely to reinforce positive behavior, rather than punish negative behavior. "Around the mid-20th century, there was a strong shift from this notion that strict discipline and physical force were acceptable and even good ways to set limits on behavior," Dr. Kathleen Gerson, a sociology professor at New York University told KinderCare. While it seems helpful, that sort of refusal to constructively discipline can cause more issues than it solves.

But just because a good portion of millennials might be praising their kids more or reducing the pressure to perform, many of them are still disciplining their kids — and surprisingly, many of them see eye to eye with other generations on the subject of spanking. A 2014 General Social Survey from the University of Chicago found that 74 percent of millennials believe "a good hard spanking is sometimes necessary to discipline a child." According to the Washington Post, this is because age and generation are not strong factors when it comes parents attitudes towards spanking.

Overall, millennial parents still struggle to find the perfect way to discipline their kids, according to a survey conducted by Zero to Three. But the survey did find that overall, "many parents feel they are more positive and present and use fewer harsh disciplinary tactics than their own parents."

So whether they're opting for the "traditional" or harsh methods that were used to discipline them, or opting for alternatives and reinforcing positives, millennial parents are simply approaching discipline like they do every other aspect of their lives: in their own way.