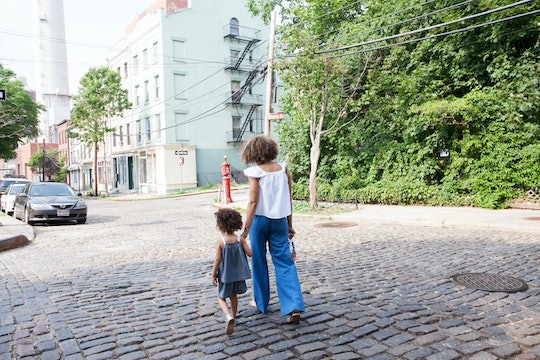 Millennial Parents Are The Most Sex-Positive Yet

Attitudes towards sex and sexuality are becoming more progressive every day, and as each generation grows up and begins to raise kids, their attitudes towards sexual education also continue to evolve. Studies show that millennial parents are more sex-positive than older parents, and that’s a good thing for the next generation. Sex-positive parenting doesn’t mean encouraging your kids to have sex, rather, it’s about not discouraging them. In addition to being accepting of premarital sex and LGBTQ people, sex-positive parents refuse to lie to their kids about sex or try to police their kids’ sexuality.

While parents of the last few generations might have taught their children that sex is only for people who are "in love," mom and writer Lea Grover argued in the Huffington Post that not only is that factually inaccurate, teaching kids that sex and love go hand in hand can lead to teens falsely equating the two, assuming that someone must love them if they have sex with them, or even thinking that they’re obligated to have sex with someone if they believe they're in love. Sex-positive parenting also means acknowledging that parents don’t own their kids’ bodies, and can’t forbid them from having sex. Proponents believe that dictating what a child can and can’t do with their body sets a precedent for others to do the same.

In a study of 33,000 U.S. adults spanning 30 years, researchers found that millennials are more accepting of premarital sex and same-sex relationships than their older counterparts. Acceptance of premarital sex rose with the baby boomers (they were raised in the era of free love, after all), then dipped a bit with Generation X before millennials became the most accepting ever, at 58 percent. However, millennials tend to have fewer sex partners than their parents or even grandparents did.

And sex education shouldn't just be limited to school. According to Advocates for Youth, multiple studies have demonstrated positive results when parents are open with their kids about sex: they're more likely to use condoms, less likely to engage in sexually risky behavior, and report enjoying a closer relationship with their parents than kids whose parents don't talk to them about sex. And today's parents are going even further, teaching kids about consent by refusing to force them to hug people, asking before touching them, and teaching them that no means no, beginning with tickles. The next generation just might be the most emotionally healthy yet, as far as sex in concerned. Go ahead and enjoy your parenting trophy, millennials. You really earned it.