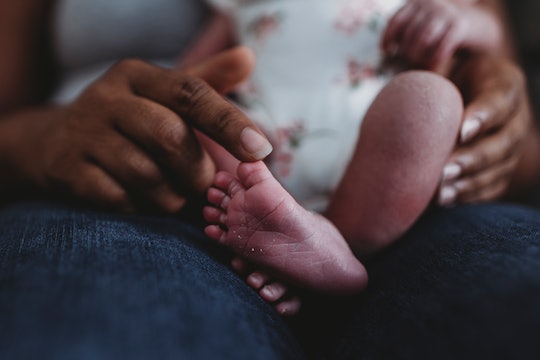 After analyzing data from nearly 2 million hospital births, a new study has found that Black babies are more likely to survive when they're cared for by Black doctors. Researchers at George Mason University in Fairfax, Virginia, concluded that racial disparities in health care can have a major impact on even the first few hours of a person's life. In fact, according to the study's findings, Black newborns in the United States are up to three times more likely to die in the first few days or weeks of life when treated and cared for by white doctors.

In a study published earlier this week in Proceedings of the National Academy of Sciences of the United States of America (PNAS), researchers examined data for 1.8 million hospital births that occurred in Florida between 1992 and 2015. And what they found suggested there could be a link between newborn–physician racial concordance and improved mortality rates among Black newborns.

Data showed Black babies were three times more likely to die while in the hospital when cared for by white doctors — compared to white newborns cared for by white doctors. But when Black babies were treated by Black doctors, their mortality rate was halved. In contrast, data showed white babies' mortality rate was unaffected by their attending physician's race.

Although the data doesn't reveal why this disparity is happening, researchers don't believe it's caused by "malicious" intent. "I don't think any of us would suggest as co-authors that these results are manifesting as a result of malicious bias on the part of physicians," Brad Greenwood, one of the study's co-authors and an associate professor at George Mason University told USA Today. "I also think that underscores how insidious something like this is. Children are dying as a result of just structural problems."

Part of the issue could be that Black women are significantly more likely to not receive prenatal care or to receive that care late. According to data from the U.S. Department of Health and Human Services Office of Minority Health, 10.2% of Black mothers reported receiving no or late prenatal care in 2017 compared to 4.5% of non-Hispanic white mothers.

The study published Monday in PNAS comes less than a year after a study from the Centers for Disease Control and Prevention (CDC) found that while infant mortality rates have fallen overall in the United States over the last few decades, Black babies are still more likely to die when compared to white, Asian or Latin babies. In fact, according to the CDC, Black babies were more than twice as likely to die before they reached their first birthday.