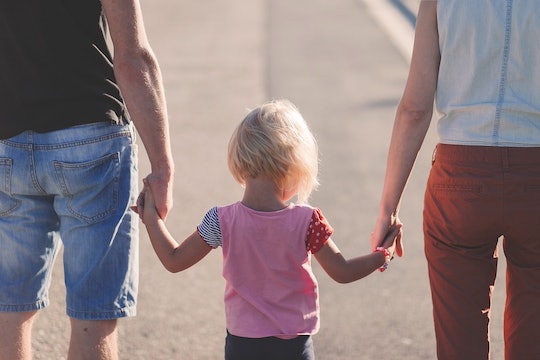 While both parents likely want the best for their children, they may not have the same parenting process. A recent study found that moms and dads do, indeed, parent their kids differently. Factors contributing to these differences include the amount of time spent with their children and how equally parenting responsibilities were distributed in the home.

A study conducted by the Parenting Research Center in the United Kingdom revealed a number of insights into parents from Victoria, Australia, and parenthood as a whole. After evaluating data from 2,600 parents, researchers also highlighted differences between parenting styles of moms and dads. Overall, dads spend less time arguing with and yelling at children, but also spend less time talking with them about their day and issues, such as drug use and schoolwork, according to the Herald Sun. For these reasons and others, dads in the study reported feeling less satisfied with the time spent with their children and expressed wishes that they were more consistent in their parenting and had more time with children.

Additionally, dads were found to give their children more freedom — 84 percent of moms set household rules about children’s free time, while only 73 percent of dads reported doing so. Dads also spend less time with mothers discussing serious issues pertaining to children, the Herald Sun reported. Moms, on the other hand, tend to feel more confident in their parenting and more able to talk to teachers, are more likely to go to first-time parents' groups, have a larger support system, and feel more anxious and depressed due to parenting, according to the publication.

Interactions between parents and children are very important. Fortunately, nine out of 10 parents in the study reported that they talk to their children about their day, every day, despite the parenting differences between mom and dad. Parenting Research Centre chief executive Warren Cann explained to the Herald Sun that differing amounts of time with children is the reason behind many of the differences in those interactions and parental confidence:

Mothers, who often get to spend more time with their children, have the advantage of more interaction. Interestingly, mothers see themselves as yelling more than fathers, but this might be because they are carrying out the lion’s share of the parenting tasks. This can mean greater wear and tear on mothers, which can take its toll.

The toll that Cann is referring to manifests itself in mothers' mental health. Researchers found mothers to be more likely to report depression and anxiety symptoms following the birth of their children than fathers. These findings are in line with past research on maternal postpartum depression and anxiety. Postpartum Progress reports between 14 and 15 percent of all women experience PPD.

There are number of factors that lead mothers to spend more time with children than their male counterparts, many of which are the result of lingering societal gender norms. For example, despite the growing rate of stay-at-home dads, they still fear the social stigma of time spent at home, according to The Independent. Conversely, moms are judged for choosing to work after having kids, contributing to the uneven parenting roles even further.

While these disagreements can be detrimental to a relationship, communication is key to keeping them from turning toxic. Cann told Science Daily that parents should talk about their problems openly:

It’s important that disagreements and discontentment among parents isn’t left to fester, because this can erode the relationship. It’s much better for parents to talk about what they are not satisfied about, otherwise it can become a ticking time bomb.

Along with differences between moms and dads, the study also highlighted information on parents in general. One third of all participants smack their children, one in 10 yells at their children "a lot," and 40 percent feel that they are too impatient with their little ones. Concerns raised by parents were sleep problems, lack of leisure time with children, and the amount of time that kids spent on electronics. There were also no differences between how moms and dads feel valued, judged, blamed, or criticized by their kids' teachers.

Parenting is complicated and there are a lot of different ways to raise a child. While the results of this study don't paint one parent or the other as "better," understanding where moms and dads differ can provide valuable insight into the parenting process.

More Like This
10 Lessons We’ve Learned From The Very Complicated Parents Of Grey’s Anatomy
First Look: The New Jujube x Lilo & Stich Collaboration
43 Instagram Captions For National Brother’s Day That Say It All
Say What's In Your Heart With These Stepmother's Day Quotes