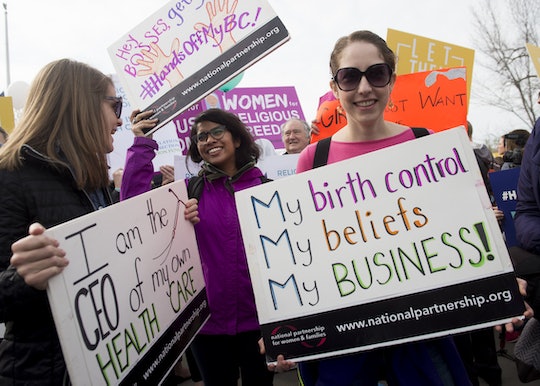 In the latest move in a long legal battle between religious nonprofits and reproductive rights advocates, the Supreme Court sent the most recent contraception objection case back to the lower courts on Monday, saying that compromise between religious freedom advocates and the government was still possible. The decision follows months of back and forth that was further complicated by Justice Antonin Scalia's passing in February, bifurcating the Court into two sides and leaving any possible ruling up in the air. For their part, the petitioners argued that the Affordable Care Act's contraceptive mandate did not properly take into account their deeply-held religious beliefs and therefore infringed on their rights.

Little Sisters of the Poor, a Roman Catholic institution that serves the elderly poor, initially objected to providing "abortifacients and contraceptives" to its employees, according to CNN. Despite arguments from the current administration that the ACA provided adequate protections for religious institutions, the group proceeded with its case, indicating that the protections were not acceptable and citing the 1993 Religious Freedom Restoration Act, which "prohibits any agency, department, or official of the United States [...] from substantially burdening a person's exercise of religion."

In an unsigned ruling on Monday, the justices stated that "the government confirmed that the challenged procedures 'for employers with insured plans could be modified to operate in the manner posited in the Court’s order, while still ensuring that the affected women receive contraceptive coverage seamlessly, together with the rest of their health coverage.'"

In particular, the Court does not decide whether petitioners’ religious exercise has been substantially burdened, whether the Government has a compelling interest, or whether the current regulations are the least restrictive means of serving that interest. Nothing in this opinion, or in the opinions or orders of the courts below, is to affect the ability of the Government to ensure that women covered by petitioners’ health plans "obtain, without cost, the full range of FDA approved contraceptives." [Wheaton College v. Burwell]

Through this litigation, petitioners have made the Government aware of their view that they meet "the requirements for exemption from the contraceptive coverage requirement on religious grounds."

In previous months, the case was batted back and forth with the government at one point sending a "strongly worded brief" to the court that claimed the religious challengers' petition was both "unworkable" and "profoundly flawed," according to The Wall Street Journal.

With its ruling on Monday, the Supreme Court handed off the compromise to lower courts, likely pushing a final decision on the case past President Obama's tenure in the White House.