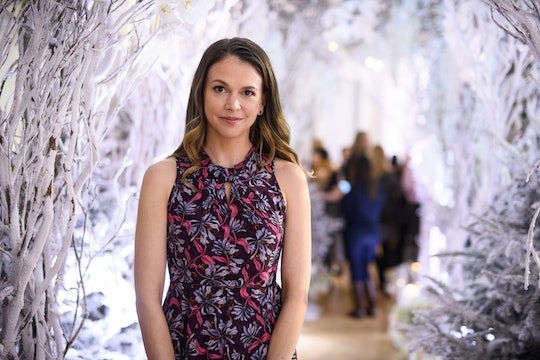 Sutton Foster Is A Mom To One Very Lucky Baby Girl

Congratulations are in order! Sutton Foster has welcomed her first child with husband Ted Griffin. The happy couple announced via People on Sunday that they had adopted a baby girl, whom the couple named Emily Dale Griffin. The Younger star said through her representative that their "lives are forever changed, and our hearts are exploding" over the arrival of their new addition. Foster was so excited about the addition to her family that she announced the news to a live audience at Lincoln Center's American Songbook performance at Alice Tully Hall on Friday night, as well. It seems like this new mom is already so in love with her baby daughter.

After wedding Griffin in October 2014, Foster began opening up about her desire to start a family. The 41-year-old actress worked consistently on a number of projects over the past few years, such as the television shows Bunheads and Younger. "I’ve really focused on career most of my life," she told People. "Now I’m transitioning into where my priorities and my ambitions are more personal.” It's great to hear women talk openly about these important life decisions. Motherhood comes in many different ways and there's no one right path to getting there.

Foster has also been open about how her career has influenced her decision to start a family. In her Lifetime show Younger, Foster plays a 40-year-old mother pretending to be 26 to restart her career after a divorce. After playing a mom, Foster was ready to become one in her own life. “It’s interesting because I’ve been opposite of my Younger character in many ways: I’ve been completely career-driven my whole life," she said. "Now sort of making an adjustment of having more personal goals is new for me...I just want to hopefully have a long career professionally and a happy life personally.”

Foster is bringing her new daughter into a pretty full house, even though she's the actress' first child. Baby Emily is joining Foster and Griffin's two beloved dogs Mabel and Brody. The two pups make frequent, adorable appearances on Foster's Instagram. If her love for these little guys is any indication, Emily is in for a lifetime of serious motherly adoration.

Hopefully Foster will post as many cute photos with her new baby as she does with Mabel and Brody. Fingers crossed there will be photos with all of them together. There's truly nothing better than adorable Instagram posts with dogs and babies. Congratulations again to the happy family!