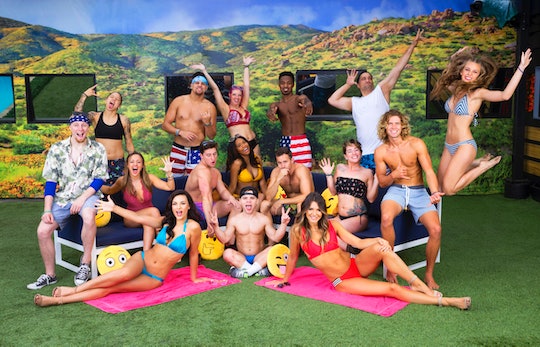 Another Thursday, another Big Brother live eviction. The past week of Big Brother has been tense, especially after Kaitlyn betrayed her alliance by back dooring Swaggy C. Still, Swaggy was holding out hope he could still get enough votes to stay. Unfortunately, Swaggy C was evicted from the Big Brother house and it's anyone's guess what will happen next.

Things weren't looking good for the FOUTTE alliance last week when drama ensued after Faysal and Haleigh appeared to be getting close and forming a showmance. Kaitlyn, who felt Faysal was her ride or die, didn't like the idea of Faysal and Haleigh being all buddy buddy, which led Swaggy C and Bayleigh to have concerns about her jealousy affecting their alliance. Unfortunately, Swaggy aired his concerns to Tyler who then told Kaitlyn, and once Tyler got into Kaitlyn's ear it was pretty much over for Swaggy's game.

First, Tyler and the Level 6 alliance convinced Kaitlyn to flip her vote last week, sending Steve home instead of Sam. Following that live eviction, Kaitlyn then became the new head-of-household and she was dead set on sending Swaggy home through the back door. Putting her plan in motion she then nominated Scottie and Winston for eviction, her two pawns.

Then, falling perfectly in line with Kaitlyn's plan, Tyler won the power of veto. Kaitlyn was able to convince the members of her alliance that her plan was to take down Scottie and put up Angela, however as it got closer to the Veto Ceremony, Kaitlyn decided it would be best to give her closest friends—Haleigh and Faysal—a heads up that she'd be putting up Swaggy. Haleigh then proceeded to tell Rockstar, but Swaggy C, Bayleigh, and Scottie, were all still left shocked when Tyler used the POV on Scottie and Kaitlyn nominated Swaggy in his place.

Despite the blindside, Swaggy was able to keep his cool and he and the rest of his alliance went to work trying to gather the necessary votes to keep Swaggy. Unfortunately, it didn't happen and Sam, who had the power to give Swaggy the chance to return to the game, didn't use her power app on him. Thus, Swaggy C is officially out of the game, leaving the FOUTTE alliance another player down, making the alliance pretty much dead.

Thus, Level 6 has risen into power, getting total control over the house. The only way they could possibly be defeated is if Scottie, the new HOH, is actually brave enough to take a shot at their side of the house. But does Scottie really have the guts? It's hard to say. Scottie hasn't really allied himself with either side of the house. He was close to FOUTTE, but even though he was wearing a "Swaggy C" shirt in support, he still voted against Swaggy. So it seems Scottie is willing to do whatever the majority of the house wants, and that would mean putting up someone on the FOUTTE side of the house.

However, if Scottie does decide to take a shot at Level 6 it'd definitely be a big move, one fans would love to see. Level 6 has been getting everything they wanted from the very beginning and it'd be nice to see someone from that side of the house walk out the door. Still, the odds of that happening are very low.

But there is still one other way a shot could be taken at Level 6. There will be another power app given to a new houseguest on Sunday night. So far Sam and Tyler, who are both on the same side of the house have received power apps, but if Bayleigh, Rockstar, or Haleigh get the power app that could definitely tip the balance in their favor. But will America choose them? You'll just have to tune in on Sunday to find out.