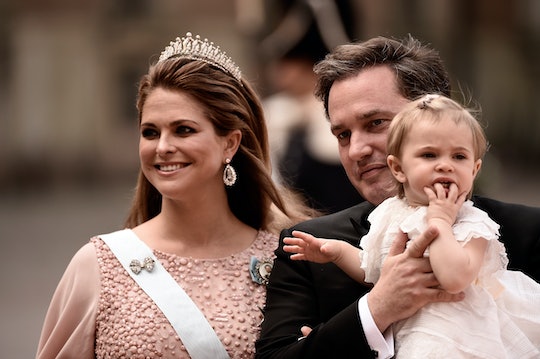 Swedish King Carl XVI Gustaf has elected to remove a number of his grandchildren from the country's Royal House, a communique from Sweden's Royal Court revealed on Monday. But while five of the Swedish King's grandchildren lost their royal titles, they may have ultimately gained lives with more freedom, as their parents have since pointed out. In fact, the recent changes to Sweden's Royal House are being hailed as an opportunity for its, now former, youngest members.

While the children will, of course, remain members of Sweden's Royal Family, their removal from The Royal House means they will no longer have the title Royal Highness and will, going forward, not be obligated or expected to perform official royal duties.

The change is also expected to prevent the children from receiving what's known in Sweden as "appanage," a taxpayer-funded stipend paid to members of the Royal House, the BBC reported. In fact, this annual stipend, and the growing size of Sweden's Royal House, is largely believed to be the reason behind Monday's announced changes, according to the news outlet.

"Earlier today, the court announced that Leonore, Nicolas, and Adrienne will no longer belong to the royal house," Princess Madeleine said in a statement posted to their official Instagram account and translated from Swedish by People. "This change has been planned for a long time. Chris and I think it's good that our children are now getting a greater opportunity to shape their own lives as private individuals in the future."

Princess Madeleine's older brother, Prince Carl Philip, also supported the King's decision, heralding it as a move that would ultimately give his two sons — 3-year-old Prince Alexander and 2-year-old Prince Gabriel — more freedom. "We see this as positive as Alexander and Gabriel will have freer choices in life," People reported Prince Carl Philip wrote in Swedish on Instagram. "We will continue to focus on our heart issues and commitment. We will also continue to support the King and Crown Princess — our future head of state — and participate in the King's House activities as we wish."

While stripped of their Royal Highness titles, all five children will keep the duchies previously granted to them by their grandfather. They will also reportedly retain their prince or princess titles, according to Prince Carl Philip, although People has reported that those titles will now become "personal" in nature and will not be extended to any of the children's future spouses or children.

Unaffected by the changes announced Monday are 7-year-old Princess Estelle and 3-year-old Prince Oscar, the children of current heir to the throne, Crown Princess Victoria, and her husband Prince Daniel.