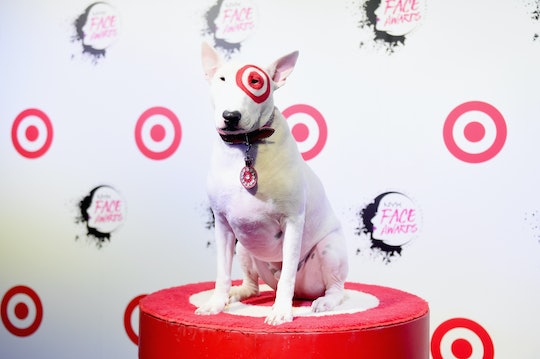 Target Is Ending This Popular Points Program, But Don't Panic Just Yet

Mom-love for Target is not a rare occurrence. In fact, it has risen to the level of meme-worthy obsession and inspired the company to consider serving wine in its stores (however you might feel about that stereotype). Parents around the country cried out in despair then when it was announced that Target would be ending its popular points program. But while this is bad news for savvy shoppers who savor savings from the Cartwheel Perks loyalty program, there is still time to redeem existing points (thank the retail gods). So, if you have any points stacked up, use them now because saving on formula, diapers, or the 10 sizes of clothing that your kids will go through this year is no joke.

Customers can continue to earn points until Aug. 27. After that date, they have until Sept. 27 to redeem their existing points. The rewards program is not going away entirely. Instead, the company is combining the popular Cartwheel app with its main Target app. Benefits of the Cartwheel app, such as store trip mapping, are expected to move to the Target app as well.

Even though the company promises to honor existing points, users are still a bit unhappy. Many disgruntled Target shoppers have moved to Twitter to voice their concerns and frustrations:

According to Today, users have saved a combined $1 billion through Cartwheel. The associated deals and discounts will also move to the Target app, along with other valued features such as mobile payment and the added 5 percent savings when using a Target Red Card.

A spokesman for Target explained the rationale for doing away with the standalone Cartwheel app to CNBC, saying,

Creating simple, convenient and fun digital tools for Target guests means listening carefully to guest feedback and regularly making adjustments based on what we hear. That's why we've begun phasing out the pilot Cartwheel Perks program.

The coming changes to Target's loyalty program have been announced in the wake of other massive changes for the company. Along with the Cartwheel app, it looks like we will be saying goodbye to several popular brands (please don't take my Merona shorts away from me) and being introduced to 12 new ones.

There are also pilot trials for curb-side pickup being tested at three Twin Cities store locations, allowing customers to park in designated spots and have their orders placed in their cars (although, why anyone would want to forgo the pleasure of a day spent in Target is beyond me).

While we are all sad to see Cartwheel go, Target promises that bigger and better things are on the way. Remember, you still have time to cash in your Cartwheel points and stock up on discount diapers before the end of September. Happy shopping!