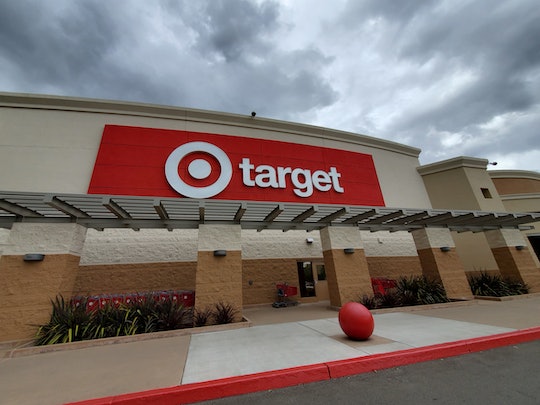 These Toddler Winter Boots Sold At Target Have Been Recalled

The weather is getting chillier, but before you get your little one bundled up be sure to check that your toddler's boots aren't included a new recall. This week, Target announced a recall on Cat & Jack toddler boots due to a possible choking hazard.

The big box retailer has recalled two different types of Cat & Jack toddler boots — the "Himani" and "Jaren" — that were sold in stores nationwide and online from September 2019 through February 2020. The "Himani" boots were sold in navy blue and pink colors, while the "Jaren" came in olive, black with multi-colored polka dots, pink with multi-colored polka dots, and navy with rainbows, according to the U.S. Consumer Product Safety Commission (CPSC).

To find out if your child's boots are included in this nationwide recall, locate the product number, which is printed inside of the boot shaft. The CPSC has the full list of product numbers (and photos of the boots) online to help you determine if your kid's boots need to be returned. More than 100,000 pairs of boots are part of this recall.

Although no injuries have been reported to the CPSC, it's worth noting that the agency has received five reports of the elastics on the shoe breaking and one report of both the elastics and the toggle breaking. If the toggle does detach, it could be a possible choking hazard.

If you do have these boots, you should immediately stop using them and return them to any Target store for a full refund. If you purchased a pair of these boots online, you can request a prepaid shipping label from Target for the boots and return them by mail.

Consumers with any more questions about the recall are being asked to contact Target at 1-800-440-0680.

More Like This
How To Help Families Affected By The Devastating Earthquake In Turkey & Syria
13 Is "Too Early" For Kids To Be On Social Media, Surgeon General Cautions
Doctors Swallowed LEGOS To Prove Everything Is Awesome For Kids Who Do The Same
Does The FDA's Plan To Limit Lead In Baby Food Go Far Enough?
What Parents Are Talking About — Delivered Straight To Your Inbox