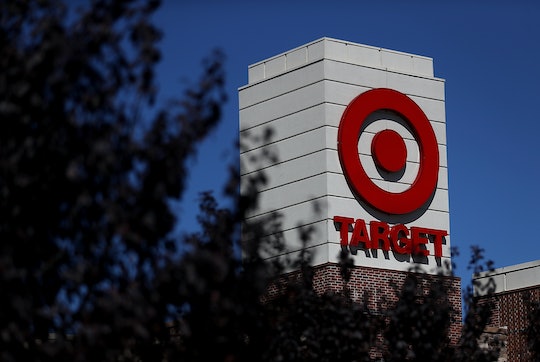 If there's nothing you hate more than having to run off to the grocery store at the end of a long work day, you're going to love Target's new initiative. According to Bloomberg, Target will soon offer unlimited same-day deliveries for a flat rate of just $99 a year — and it's a service the chain is planning on rolling out to at least half of its existing stores by summer 2018. Needless to say, shoppers are already super down with the promised service.

The new yearly program is happening thanks to Target's recent $550 million purchase of Shipt, a grocery delivery startup. The company takeover will allow Target to expand its same-day shipping service — which it already offers in New York City — at a quicker rate than expected, with Target hoping to have same-day delivery available from most Target stores before next year's holiday season.

If you weren't familiar with the company already, Shipt is a membership-based marketplace that offers same-day delivery. It lets customers purchase from several different retailers and makes sure deliveries are carried out in a matter of hours. Shipt already has 20,000 personal shoppers to its name, and that extensive network should help Target expand its delivery services rapidly.

Of course, the roll-out will still take a while before it's fully up and running. When the service first starts up, Target only plans to offer the same-day delivery of groceries, common household items, and electronics, but by the end of 2019, it's hoping to let customers order from any product category.

So now, for the important info: um, just how soon can we all start using this service? According to Motherly, customers will be able to see if they're in one of Shipt's same-day delivery areas by next spring by simply checking Shipt's website. Target will likely release more details with more dates, but seeing as the two companies haven't closed their deal yet, it might be just a while longer before we get that info. (On the bright side, though, the transaction is supposed to take place before 2017 is over, so hopefully we'll be getting new details about this flat rate, same-day shipping program soon.)

Unfortunately for those abroad, this seems like a service that's restricted to the United States for now — but hopefully, if Target continues to innovate as aggressively as it's doing now, the program will reach Canada soon enough.

Online, people had different reactions to the news. One mom tweeted that the program could save her money overall, since it would help her avoid in-store impulse buys (you know the kind — you go in for diapers and come out an hour later with a shopping cart full of things you never knew you needed). Others, however, worried about how the change would affect Target employees already working in stores.

Knowing the popularity of Amazon, though, it seems likely that even those who are on the fence about the program currently will soon be one-clicking their way to a delivered cart of groceries. After all, nearly 80 percent of Americans say they online shop, with consumers ranking lower cost as one of their main reasons to order items from the digital ether to their front doorstep.

If price is a factor, Target's $99 annual flat rate will certainly be appealing to some shoppers. Amazon Prime currently costs the same yearly amount, of course, but not all items on Amazon are Prime eligible, and not all Prime products include free same-day shipping — which means Target just might be able to edge in on a few Amazon customers.

Either way, it'll be interesting to see how this new Target experiment unfolds — and I know there's already several customers out there that are just waiting to throw $99 at Target and never step foot in a grocery store again.