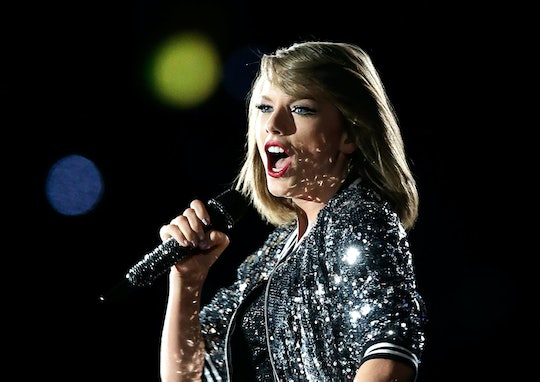 Taylor Swift Surprised A Fan Before She Lost Her Hearing, & 5 Other Ridiculously Heartfelt Things She's Done For Her Fans

In case there weren’t already enough reasons to adore Taylor Swift, she gave us yet another Sunday night. As the result of a Twitter hashtag gone viral, Swift surprised a fan who was losing her hearing, and was heartbroken by the thought that she would no longer get to hear her idol’s music. Twelve-year-old Australian fan Jorja Hope was recently diagnosed with a condition that causes progressive hearing loss, according to Complex. So her twin sister, Chloe, helped launched an online Twitter campaign to help her sister meet Swift during her tour stop in Sydney, and with a little help from a local radio station, the hashtag #HelpJorjaMeetTaylorSwiftSydney went viral and made its way back to the star. Jorja and her sister were then able to go backstage to meet Taylor Swift before the concert, making her dream a reality.

But as any good Swifty knows, Taylor is pretty much the queen of doing awesome, heartfelt things for her fans, so it’s no surprise she totally made sure to surprise Jorja in Sydney. Not only is she all about helping out with charitable donations and other good causes, she is super grateful for all of her supporters, and tries to give back however she can. For a lot of fans, just getting a Twitter shoutout or a meet and greet is more than enough, but Swift is way more creative than that. Here are some more reasons why Taylor Swift is absolutely the best when it comes to her fans: