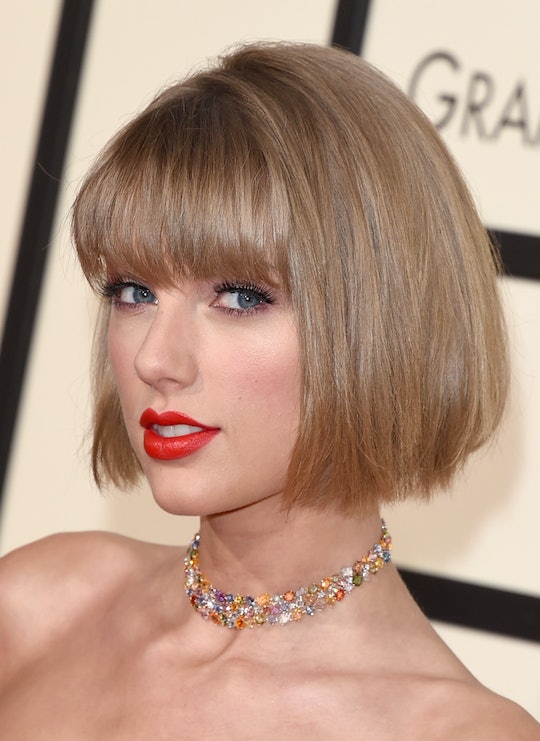 "Is it just me or is Taylor Swift channeling a certain someone with that hair?" questioned one Twitter user, posting a side-by-side comparison of the two women (which, when you put it that way, is pretty damning.)

A good portion of TaySwift's loyal followers adored the singer's simple bob, with one user tweeting, "I'm digging @taylorswift13's hair at the Grammys tonight! She looks like a young Anna Wintour." Still, not everyone was feeling Swift's new look.

"Sorry girl but you need a new stylist," lamented one at-home viewer, critiquing Swift's overall look. "That hair isn't helping...." Other users shared in that sentiment. "I'm just gonna say it — I hate Taylor Swift's hair," wrote another fan, before adding, "Love the dress though."

Although no one's quite sure whether Swift's blunt bob was the Real Deal™ or not (Glamour even suggested that the new 'do could potentially be a wig), the clean-cut style made some serious waves on Monday night — which, knowing Swift, was probably the whole point.

Swift may not have won everyone's hearts with her new bob on Monday night (personally, I loved it), but by choosing to channel Wintour, she could at least say she gave it a good, fashionable try. Kudos to you TaySwift.