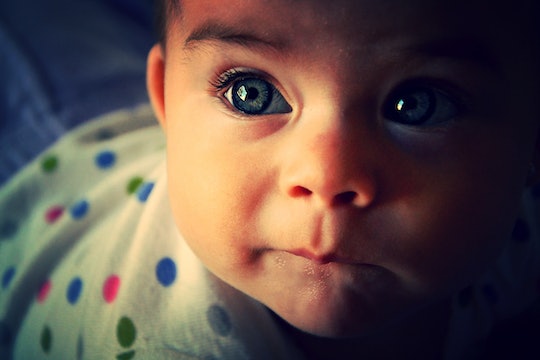 Good news for worried parents everywhere: Health officials now say the number of pregnant teens has reached a record low. On Thursday, the Centers for Disease Control and Prevention (CDC) announced teen birth rates are down nationwide, declining across all racial groups and making the percentage of teen moms the lowest it’s been in decades. While American teens are still having babies, the announcement shows impressive progress for a challenging issue to tackle.

The CDC stated this week that teen birth rates have dropped more than 40 percent within the past decade. In 2014, there were 24.2 births for every 1,000 adolescent women from 15 to 19 years old — a record low.

The analysis shows the most dramatic decline was among Hispanic and black teens, which dropped by nearly 50 percent. But even as the national teen birth rate has fallen, the CDC reports, birth rates for Hispanic and black teens remains “twice as high” when compared with white teens. The report attributed the gap and pattern to socioeconomic conditions like unemployment and lower education levels as well as regional communities with the greatest need for pregnancy intervention.

CDC Director Tom Frieden commended the progress, but said that too many American teens are still having babies. In a statement this week, Frieden explained,

The United States has made remarkable progress in reducing both teen pregnancy and racial and ethnic differences, but the reality is, too many American teens are still having babies. By better understanding the many factors that contribute to teen pregnancy we can better design, implement, evaluate, and improve prevention interventions and further reduce disparities.

The analysis also found that states clustered in the South and Southwest tend to have a higher a birth rate than some states that have continually had a lower birth rate among teens.

Lisa Romero, the lead author of the analysis, said that while the results of the study are encouraging, the solution isn’t the same for every teen.

“These data underscore that the solution to our nation’s teen pregnancy problem is not going to be a one-size-fits-all – teen birth rates vary greatly across state lines and even within states,” Romero in the same CDC statement. “We can ensure the success of teen pregnancy prevention efforts by capitalizing on the expertise of our state and local public health colleagues. Together, we can work to implement proven prevention programs that take into account unique, local needs.”

Even with the remarkable progress reported, the CDC says teen pregnancy prevention will continue to remain one of its top priorities. May is National Teen Pregnancy Prevention Month and the new information has possibilities to open discussions within communities to talk about the difficulties and challenges that come with teen pregnancy.