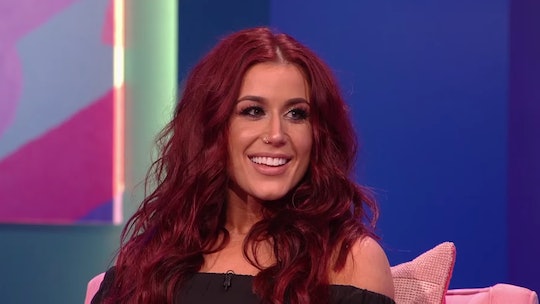 ATTN 'Teen Mom' Fans: Chelsea Houska's Third Baby Will Be Here Before You Know It

Chelsea Houska's entire journey on MTV's 16 & Pregnant and Teen Mom 2 series has been incredible. From a teen mom to a married woman and mom of two (soon to be three), it's hard to believe how far she's come. And her life is about to change even more within a matter of weeks, because Chelsea Houska's due date with her third baby is literally right around the corner.

Houska is super active on Twitter, where she updates fans on her pregnancy, answers fans' questions, and retweets some pretty relatable things. Throughout her whole entire third pregnancy, Houska has been keeping fans informed about all of the changes that her body has been going through and how this pregnancy has been making her feel (spoiler alert: not good). Luckily, Houska, who's married to Cole DeBoer, doesn't have to put up with those pregnancy struggles for too much longer. You may have missed it, but on Tuesday, she kind of revealed her due date with her third child in a simple tweet.

Houska tweeted that Tuesday marked her 35th week of pregnancy. Since the average length of full-term pregnancy is 40 weeks, according to Slate, that means that Houska has five weeks left in her pregnancy. If you do the math and count to five weeks from Tuesday, it puts her due date around Tuesday, Sept. 11.

However, just because Houska is due within the next five weeks, or in early September, that doesn't mean that she will actually give birth then. According to a study published in 2013, 70 percent of women deliver within 10 days of their estimated due date. So, due dates give women a pretty good idea (and a rough estimate) of when their baby will arrive.

Given that Houska has officially reached her 35th week of pregnancy, it could really be a matter of days before she gives birth.

So, Houska's exact due date is entirely uncertain, especially since she tends to give birth to her babies a little earlier. And although she still has roughly five weeks left in her pregnancy, Houska is so over being pregnant — even though she told E! News in May that her third pregnancy "has been the easiest of the three."

You can't blame Houska for wanting her pregnancy to be over and getting excited about the impending birth of her baby. It's been five months since this past March when Houska and DeBoer made the big announcement on Instagram that they were expecting a girl, according to Us Weekly. "We could not be more excited," Houska wrote in the photo's caption.

Now that she and DeBoer are getting closer to their baby's due date, that excitement has probably grown by so much. But, within a matter of weeks (or perhaps days) their happiness will probably reach an all-time high when Houska officially welcomes Baby #3.