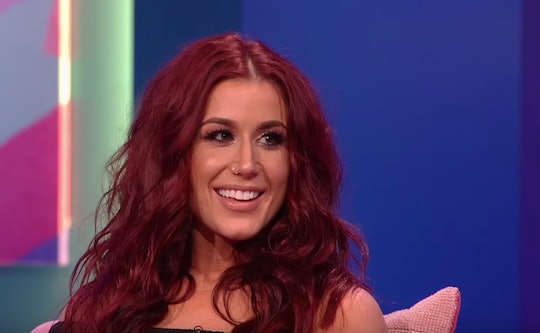 Teen Mom 2 star Chelsea Houska is expecting her third child any day now. After fans watched Houska give birth to her daughter, Aubree, on 16 & Pregnant, and her son, Watson, on Teen Mom 2, they should be excited for Houska to welcome her third child, a daughter. But while fans wait for that super exciting moment to happen, they can look at Chelsea Houska's maternity shoot photos, which are absolutely stunning.

Houska is currently 36 weeks pregnant, and if her tweets are any indication, she is more than ready to give birth. During this past season of Teen Mom 2, Houska found out that she and her husband, Cole DeBoer, were expecting their second child together — and cameras were there to capture it all, according to E! News. Because fans have followed along with her journey through every step of the way, her maternity shoot with her third child should be super special to them. And it kind of is, considering how gorgeous the photos are.

The photos, which Houska shared to Instagram last week, shows off just her and her bump beautifully. The photos are simple and absolutely stunning.

Even Houska seems to think that the photos speak for themselves. Her caption, of just three hearts with the arrow going through them, is a simple way of showing how in love that Houska is with her soon-to-be new arrival. Her own (celebrity) followers can't seem to get over the stunning photos, either.

"Chelsea, you are the most beautiful pregnant momma," Houska's Teen Mom 2 cast mate, Kailyn Lowry, wrote in the comments of the photo. "Love your family so much."

Although Houska might appear to be calm, cool, and collected in the pregnancy photo shoot, things aren't what they seem. Over on Twitter, Houska has been super real about her pregnancy, telling fans that she has kind of lost interest and is ready for her pregnancy to be over. "Apparently my 'over it' stage of pregnancy hits at 33 weeks and 5 days...," Houska tweeted at the end of July. But Houska could be "over" her pregnancy because she has given birth around this time during both of her pregnancies. Last week, Houska revealed on Twitter that she gave birth to her daughter at 35 weeks, and her son at 37 weeks.

Given that Houska is now 36 weeks pregnant, you can definitely sense why she might be a little antsy to give birth — or why she already has a birthing plan in place. On Monday, Houska revealed on Twitter that her husband has a "game plan" in place for if (or when) Houska's water breaks in public.

"Every time we go anywhere, Cole has to go over what the game plan is if my water breaks," Houska tweeted.

Considering that Houska has a plan in place, it should just be a matter of days (or weeks) until she gives birth to her third child. Although fans are super excited for her to give birth, Houska's daughter, whom she shares with ex-boyfriend, Adam Lind, is even more excited, according to E! News. "Aubree is super excited," Houska told E! News. "She wanted a girl this time so she is excited and she is so much help." "We told Aubree right away this time and she knew that we wanted another baby soon so she was surprised but she was just so happy," Houska said.

Houska's baby girl will be here any day now and it's only a matter of time before the Teen Mom star shares a glimpse of her family's newest member.