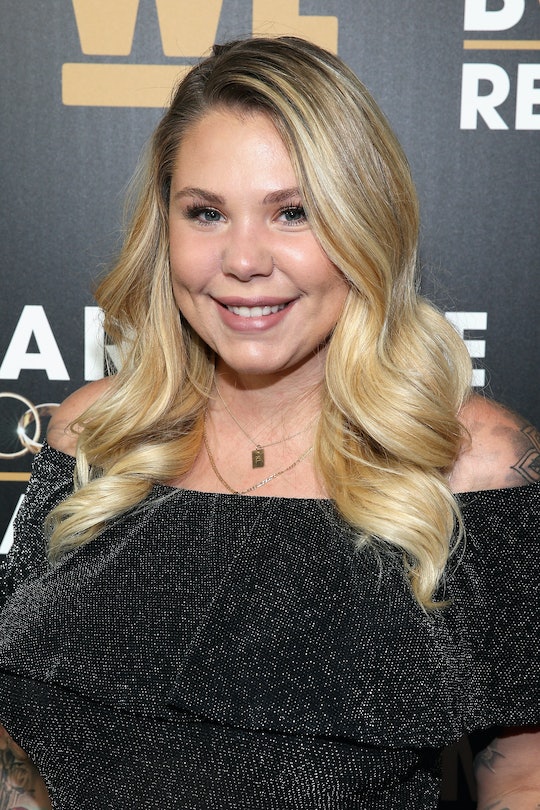 Fans Are Unimpressed With Kailyn Lowry's Controversial Views On Vaccines

Parenting can definitely be a sensitive topic, but there are few issues more divisive in parenting circles than whether or not to vaccinate. Even with outbreaks of vaccine-preventable illnesses like the measles currently occurring in the United States due to low immunization rates, many parents insist that leaving their children unvaccinated is still a better option. In a recent episode of her podcast, Coffee Convos, Teen Mom's Kailyn Lowry revealed she didn't vaccinate her youngest son, according to Us Weekly, and while her supporters agree with her assertion that it's her right as a parent to opt out of immunizations, others criticized the reality star for putting both her son, and others, at risk.

Lowry shared her controversial viewpoint on her podcast Thursday, and though it wasn't actually the focus of the broadcast — she and co-host Lindsie Chrisley covered a number of different topics during the episode — it certainly was the one that got listeners riled up. Lowry responded to a mom who wrote in to say that, while she had previously vaccinated her two older children, she felt "paranoid" about vaccinating her infant son due to information she'd read on the internet, and asked the hosts to talk about "the well-known controversy of vaccines."

Chrisley explained that they'd actually "received this message lots of times ... [but had] never really touched on it in-depth," and it sounds like, this time, Lowry was ready to share her stance. Though she admitted she "[didn't] want to lose listeners" by voicing her opinion, Lowry explained that while she similarly fully vaccinated her firstborn son, Isaac, she had since changed her view on the matter.

When it came time to make the decision for her second son Lincoln, whom she shares with ex-husband Javi Marroquin, Lowry said she "knew a little bit more, and ... started to research more," and that she looked to news stories and watched "documentaries on Netflix" that changed her view. Ultimately, Lowry said that "Lincoln did not get all of his vaccines," and that she instead just chose select shots she "felt were necessary," and avoided giving him more than "one or two vaccines at a time."

With her youngest son though, Lowry has actually opted against vaccines entirely. "Lux is 18 months, and he is not vaccinated. He hasn't really ever been sick, and I, for me .... I think the more research that I do and the more educated I become, I just don't vaccinate him," she said on the podcast.

Though Lowry seemed to be emphasizing that she'd simply made a parenting choice for her own children based on what she felt was right, and that she didn't feel it was anyone else's place to judge, it didn't take long before the comments section on her Instagram page turned into one big debate about vaccination.

While some agreed with her position, many felt it was irresponsible, and that she wasn't considering that her decision was actually affecting others, too.

One commenter on Instagram, who claimed to be a former pediatric ICU nurse, wrote, "You are putting every infant who is too young and every immunocompromised child in a life and death situation ... I've watched babies and children die from the flu, meningitis, and measles."

Another pointed out that not vaccinating leaves other people's infants at risk. "Do you know babies [younger than] 2 months old can die of whooping cough and are not old enough to be vaccinated? And in older children it can be contagious before even showing symptoms, or may even just look like a cold," they wrote. "Your unvaccinated child is a danger to newborns, immunocompromised and the elderly and should not go anywhere near them."

Some commenters, on the other hand, simply had no patience at all for Lowry's opinion — as one follower wrote, "That was not a good move on their part to even start the vaccinating/anti-vaccinating discussion. I got so pissed, I just shut it off. I am done listening."

Lowry's response to the backlash? She's sticking to her viewpoint. Though Lowry did not immediately return Romper's request for comment, she did tell In Touch Weekly that "the only thing [she] can really say and continue to stand for is to parent how it's best for your child and family," and added:

As much as that view might seem to be fair though, not vaccinating can have serious consequences. On the same day that Lowry issued her response to the criticism, for example, the Governor of Washington declared a state of emergency due to a measles outbreak, according to Vox, and given that the state has a higher than average immunization exemption rate, it means the highly-contagious — and potentially fatal — illness can easily continue to spread.

In the episode, Lowry also acknowledged that she'd told Marroquin she didn't want their son vaccinated against the flu, but again, that also seems particularly risky. According to CNN there have already been over 11 million cases of the flu in the United States since October, and it's led at least 12 schools across the country to close temporarily due to outbreaks. And it's certainly not a harmless virus: according to the American Academy of Pediatrics, 22 children so far have died from the flu this season.

Lowry, of course, is right to say that parents should be able to make choices for their children based upon what they feel is best, but when it comes to vaccines, that argument doesn't quite hold up. Not only are parents who avoid vaccines putting their children at risk for preventable diseases, they're also putting other children at risk as well. And while it's clear that Lowry wasn't intending to encourage others to skip out on shots, this seems like one parenting topic where "you do do" isn't exactly fair advice.