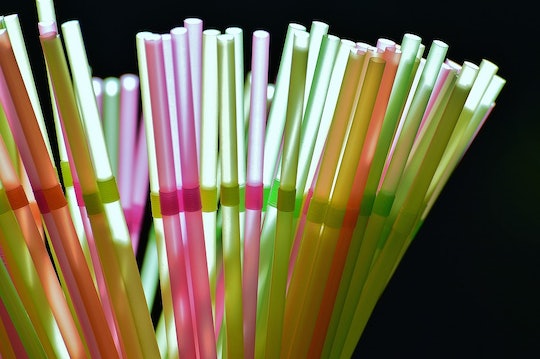 Date rape drugs are still a very serious and widespread problem in bars, at parties, and especially on college campuses across the nation. But — with the help of a few ingenious Florida high schoolers — sexual assault and rapes facilitated this way may soon be a thing of the past. On a mission to combat this troubling, but prevalent issue, three teenage girls invented the “Smart Straw,” which can detect the date rape drug in both nonalcoholic and alcoholic drinks

The straws were created by Susana Cappello, Carolina Baigorri, both 17 years old, and 18-year-old Victoria Roca as a project for an entrepreneurship class at Gulliver Preparatory in Miami. The concept is brilliantly simple: The straws will turn dark blue if some of the most common date rape drugs — such as ketamine and gamma-hydroxybutyrate (GHB) — are found in a drink.

"It has two test strips so if you put it into a drink, it will determine whether it’s drugged or not,” Roca told InsideEdition.com. “If it is drugged, the strip will turn to a navy color.”

Considering how common instances of rape and sexual assault are — with young women between the ages of 18 to 24 with the highest risk of becoming a victim of sexual violence, according to RAINN — this idea could actually help fix a major problem plaguing society right now.

"Being young women, I feel like this is a problem that we hear about a lot, especially when we came to high school," Baigorri also told InsideEdition.com. "It’s such a common problem. Statistics say it’s one in every five women, which is so many people."

Not only are these straws taking the world by storm and sparking a much-needed discussion, the girls' genius invention also won first place the Miami Herald's 2017 Business Plan Challenge in early May.

"The judges liked the simplicity of the concept — one judge called it brilliant — because the straws could be distributed by school organizations and campus health clinics, for example, and students could carry them in their purses," according to Miami Herald.

While other testing kits exist already — like urine strips and handheld devices to dip in a drink — straws are cheap to produce, easy to use quickly, and can simply be distributed at venues where date rape drugs are most commonly used. The invention is still in its early stages and the girls have reportedly applied for a patent already, but there's no doubt that these straws could be a potentially lifesaving device and could help reduce these troubling statistics.