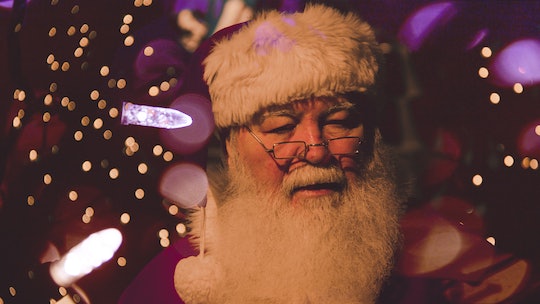 Santa Claus is a character who brings cheer to children all over the world. With his bright red suit, long white beard, and jolly face, Santa is one of the people often guaranteed to bring a smile to a child's face. Santa did just that for one young boy, in a very real and sad story where a terminally ill boy died in Santa's arms, proving that this holiday season, it's important to never stop believing and to never give up hope.

I gave him the present. He was so weak he could barely open the wrapping paper. When he saw what was inside, he flashed a big smile and laid his head back down. "They say I'm gonna die," he told me. "How do I get to where I'm going?" I said, "Can you do me a big favor?" He said "Sure!"

"When you get there tell them you're Santa's number one elf, and I know they'll let you in. He said "They will?" I said "Sure!"

In the midst of their exchange, while giving Santa a hug, the little boy reportedly died.

According to The Knoxville News Sentinel, the exchange was almost enough to put Schmitt-Matzen, a man who on average makes about 80 appearances a year as Santa, into retirement forever. "I'm not cut out for this," Schmitt-Matzen told The Knoxville News Sentinel. However, shortly after the terminally ill boy died in his arms, Schmitt-Matzen did another gig as Santa, noting: "When I saw all those children laughing, it brought me back into the fold. It made me realize that I have a role to play. For them and me." Schmitt-Matzen told the BBC that the events from that day "are still hard to relive."

While the story is so very sad, it's heartwarming in a different way. The story reminds people this holiday season to never give up hope and always believe in the magic that the holiday season may bring. And even though Santa is not technically real, his presence makes kids happy and reminds them to never stop believing. According to CNN, the story has been "spread everywhere" since being published in the newspaper on Saturday.

The things that Santa brings — joy and happiness — along with bringing people together during the holidays, are things that some of us could stand to use a little bit of all year long, just like that little boy.