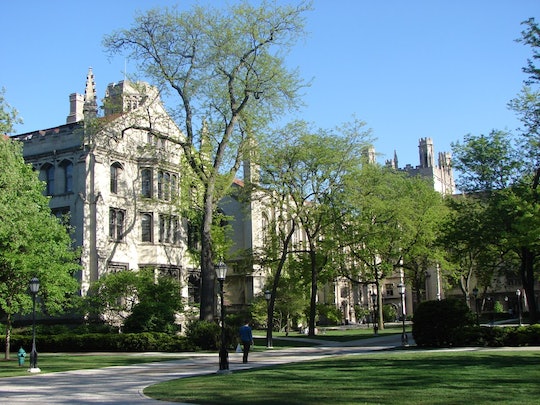 Following Friday's shooting at a Planned Parenthood facility in Colorado Springs, people around the U.S. are standing guard for other possible similar crimes. And following a threat at University of Chicago, the campus isn't taking any chances, announcing it would close Monday in response.

Based on the FBI’s assessment of this threat and recent tragic events at other campuses across the country, we have decided in consultation with federal and local law enforcement officials, to exercise caution by canceling all classes and activities on the Hyde Park campus through midnight on Monday.

According to the president of the university, the FBI claimed the "campus quad" was a target. In his post, Zimmer told all students to stay indoors, and that there would be increased security on campus, "including police personnel with visible weapons and other additional measures."

It is not clear at this time who made the threat against the campus (FBI spokeswoman Joan Hyde said the organization is trying to pinpoint the source), and how serious that threat is, but, clearly, officials are taking things quite seriously.

According to The Chicago Tribune, students at the University were "stunned" after reading of the threat. As a student named Will told the publication:

For a threat like this, I want to give a few days to cool off. I think it's pretty extraordinary that the president interceded and canceled everything. I think that suggests something pretty serious is happening.

The preemptive move might be a frightening one for students on campus, but it's no doubt a smart one, particularly in the wake of the Planned Parenthood shooting, as well as several recent shootings on college campuses. Just one month ago, a gunman entered a classroom in Oregon's Umpqua Community College and killed nine people.