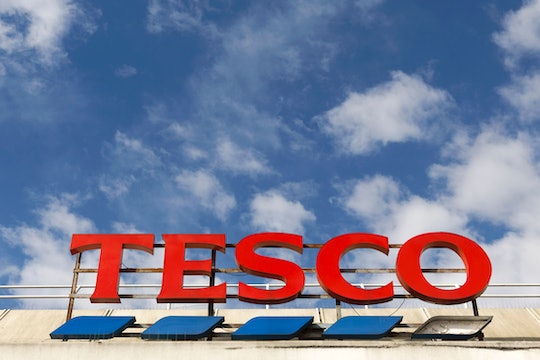 Tesco Gets Rid Of "Pink Tax" On Women's Razors

In a super fun example of patriarchy in action commonly known as the "pink tax," everyday products for women cost more than similar products for men, even as women continue to make less money than their male counterparts. Now, after facing public pressure, UK supermarket Tesco announced it will sell men's and women's razors for the same price. That's great, but also, why is the pink tax still a thing?

Tesco was selling a women's razor for twice the price of a men's razor, despite the fact that the products were identical aside from color. (The women's razor was, of course, pink.) But after being called out by British lawmaker Paula Sheriff (you go, Paula Sheriff!), the company made an admirable commitment to eliminating the gender-based pricing discrimination. That's one small step for women... and we've got a lot more steps to take.

Tesco is far from the only retailer to participate, whether knowingly or unknowingly, in the pink tax. Women pay more for deodorant, insurance policies, and yes, even pens. Remember Bic For Her, the delicate lady pens for capturing delicate lady thoughts that, according to Business Insider, cost up to 70 percent more than non-gendered but otherwise identical pens?

Of course, women could ignore the gendered branding, and buy the cheaper product. But many don't even realize how much the pink tax is affecting their lives. After all, women have been blasted with gendered advertising for years, with misleading language like "adjusts to your curves!" It's only natural to assume that women's razors are specifically designed to fit the contours of a women's leg rather than a man's face, even though the blades are actually identical. Plus, most stores don't have men's razors and women's razors sitting right next to one another, so the price difference isn't always obvious.

And all of this isn't even taking into account the gendered products that women have to buy, like pads and tampons, which in many states do not receive the same tax exemptions as other necessities like groceries, prescriptions, and, yes, dandruff shampoo. (Thankfully, that's starting to change on a state-by-state basis.)

Perhaps we should all simply stop shaving and get into free-bleeding. That'll show the retailers!