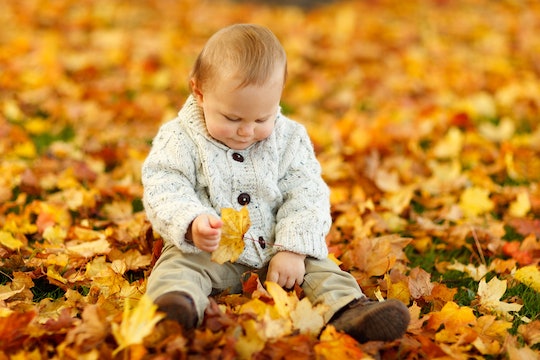 New research from the UK indicates there's a blood test your toddler should be having that you'd never guess a kid would need. While cholesterol is usually a blood test for grown ups, it turns out it might be really useful for kids, too. Testing your toddler's cholesterol level could reveal heart disease risk later in life.

Researchers at Queen Mary University of London tested the genetics and cholesterol levels of 10,000 children during their routine vaccinations from birth to age 2. They found that an inherited disease called Familial hypercholesterolemia, which raises cholesterol levels, was twice a common as they originally thought. Because children get the condition from their parents, when the toddlers were found to have it, their parents got tested too. More than 90 percent of the parents found to have the genetic condition started taking medication or altering their diet and lifestyle to help prevent heart disease, according to researchers.

The group of medications that are often used in adults to help treat high cholesterol, called statins, are OK to give in kids over the age of 10. Generally, diet and lifestyle changes can also have important preventative effects on cholesterol levels at any age. Having Familial hypercholesterolemia raises a person's risk of a heart attack before they turn 40 tenfold.

If you or your child has Familial hypercholesterolemia, the genetic defect makes it extra hard for your body to get rid of that "bad" LDL cholesterol, raising heart disease risk. Right now in the U.S., kids are usually only tested if they have other risk factors for heart disease — like obesity, diabetes, or high blood pressure.

While the test could definitely be useful in helping parents become aware of potential health concerns for their whole family, it could be very expensive in the U.S. (thanks to the fact that we don't have universal healthcare like they do in the UK, where the study was conducted). Many tests, like the blood test needed to check cholesterol levels, are covered by insurance plans, but not every family has insurance coverage. Out of pocket, lab tests for cholesterol can cost anywhere from $5 to several hundreds of dollars. The cost of genetic testing needed to confirm Familial hypercholesterolemia, specifically, can also be very expensive and my not be covered by insurance. Out of pocket, the genetic tests for the condition can cost well over $1,000.