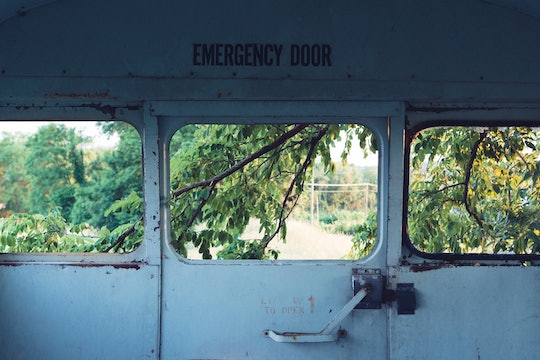 Texas Cuts Funds For Disabled Kids’ Therapy, & The Impact Could Be Huge

According to an announcement on Monday, the Texas Health and Human Services Commission will cut funds to providers who care for children with disabilities, the Houston Chronicle reported. And as Texas cuts funds for kids with disabilities, it's important to know how other states handle funding in these crucial areas. The funding cuts in Texas will begin Dec. 15.

As the Chronicle reported, the cuts in funding will reduce payments to therapists, and other providers in the state's service program called, Early Childhood Intervention Services (ECI). The ECI provides the following functions:

ECI is a statewide program for families with children, birth to three, with disabilities and developmental delays. ECI supports families to help their children reach their potential through developmental services. Services are provided by a variety of local agencies and organizations across Texas.

The funding cuts are a result of a 2015 legislation that aimed to save money for the state, the Texas Tribune reported. Stephanie Rubin, CEO of Texans Care for Children — a nonprofit organization that focuses on policy issues regarding children — told the Tribune that news of funding cuts were "terrible" for kids with disabilities.

As the Chronicle reported, it's Medicaid reimbursements that are used to pay for pediatric therapy services for ECI in Texas. The state's new legislation will now cut funding in Medicaid rates, which will in turn affect funding for those services. On state levels, enrollment in Medicaid, from people who are elderly or disabled, varies state-by-state.

According to a Pew Research report, states like Maine, Pennsylvania, and Kentucky had among the highest rates of Medicaid enrollment from people who are elderly, or with disabilities in 2010. That same year, the average expenditure on enrollees who were elderly or disabled was $14,946 across the States. And the proportion of how much states spend on Medicaid also varies greatly. New York, for example, spent 26 percent of state-generated funds for Medicaid in 2012 — Medicaid is funded by both states and federal funds, according to the Pew Research report. This is a higher percentage of spending towards Medicaid, compared to North Dakota, for example, which spent 5 percent.

With cuts in Medicaid, Texans Care for Children, conducted a survey in which the respondents, who were providers, overwhelmingly predicted cuts in staff as a result, the Chronicle reported.

Carrie Williams, a spokesperson for the state's Health and Human Services Commission, released the following statement to the Chronicle regarding the cuts:

"The most important job we have is making sure kids have the services they need and that we are responsible with taxpayer dollars."