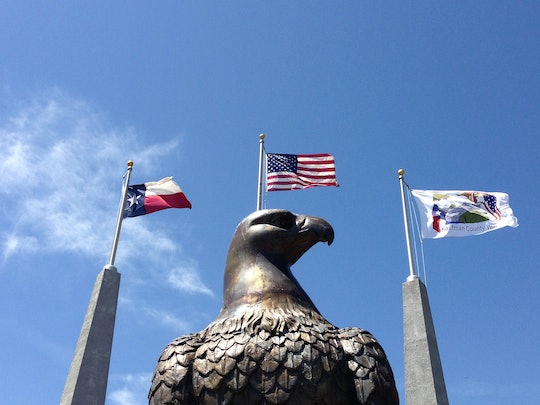 Another measles outbreak may be on the horizon, and the cause is pretty surprising: Texas's hypocritical reason for refusing to vaccinate kids is that requiring childhood immunizations infringes on the personal liberty of its residents, according to HBO's VICE News Tonight. It's easy to show that the supposed link between vaccines and autism was nothing more than financially-motivated fraud. The recent fetishization of all things "natural" can be shut down by simply pointing out that cancer, botulism, and gangrene are natural. But how can you mount a logical argument against the intangible concept of liberty?

Some opponents of vaccines still cling to their (incredibly wrong) belief that vaccines are harmful, such as one woman profiled for the program who insists that two of her grandchildren were "injured" by vaccines. But even more dangerous are the politicians who pander to such constituents, despite knowing better. Republican State Representative and Freedom Caucus member Briscoe Cain, whose own children are vaccinated, told VICE he believes that "liberty is higher than safety and security." In other words, he values a person's right to spread disease over another's right to stay healthy. Asked how he would feel if his child contracted measles from an unvaccinated child, he said it would be "troubling."

But what's more troubling is the haphazard way in which Texas legislators apply their brand of "liberty." The state leads the nation in restrictive anti-abortion laws with no medical or scientific merit. The Texas Constitution still defines marriage as "the union of one man and one woman." Its history books gloss over slavery and its role in the Civil War, and local police officers are free to stop anyone on the street and demand proof of their immigration status. State law doesn't even protect children's liberty with regards to vaccines; minors are allowed to legally consent to immunization only if they're pregnant.

Vaccine exemptions for non-medical reasons under the guise of "liberty" isn't just an issue of cutting off one's nose to spite one's face — the people filing these exemptions aren't harming only themselves. They're harming their children, and an untold number of their classmates. The exemption rate in Texas has skyrocketed from about 2,000 kids in 2003 to nearly 45,000 today, according to VICE. But a bill aimed at publicizing schools' individual exemption rates stalled in the House thanks to a push from the Freedom Caucus, which argued that it encroached on parents' right to privacy. Baylor College's Dr. Peter Hotez told VICE that he doesn't anticipate Texas canceling non-medical exemptions as California lawmakers did in 2015. He believes that "the only thing that's gonna stop this runaway train right now is a large measles outbreak." And Texans have the liberty to make that happen.