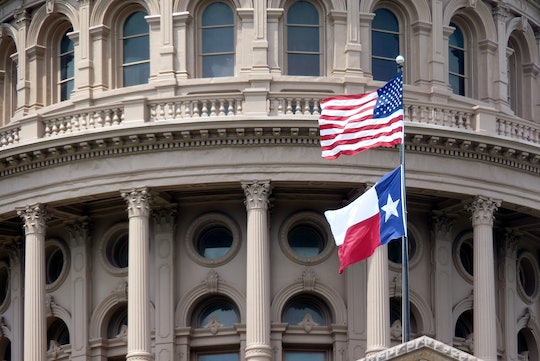 Texas Women Are Performing Their Own Abortions At An Alarming Rate, & The Reason Is Heartbreaking

Abortion is a polarizing topic, with incredibly strong opinions and beliefs on both sides of the debate. But we don't always hear about what having access to legal abortion really means to American women. Texas currently has some of the strictest abortion laws in the United States, and University of Texas researchers wanted to look at how those laws affect women — specifically, the incidence of women attempting abortions on their own without medical supervision. The results were astounding: according to the university’s Texas Policy Evaluation Projects (TxPEP), over 100,000 women in Texas have likely had self-induced abortions.

The study, released Tuesday, looked into women’s “knowledge, opinions and experience related to abortion self-induction in Texas," specifically in light of the laws that have been put in place since 2013 to make access to safe abortions difficult. The passing of Texas HB2 — aka, the strict anti-abortion law that Wendy Davis famously filibustered — has led to the closure of over half of the abortion clinics in Texas, and coupled with Texas women's access abortion-inducing drugs across the border in Mexico, is it thought that the once-rare practice of self-induced abortions will inevitably increase, especially if the number of clinics continues to decrease in Texas as planned. According to a Slate report,

between 1.7 and 4.1 percent of all Texas women aged 18 to 49 have tried to induce an abortion at home...by using herbs, teas, vitamins, caffeine, alcohol, drugs, abdominal trauma, or a medical abortion pill (misoprostol) obtained on the black market or from a Mexican pharmacy.

The TxPEP researchers found that, among the 22 percent of respondents who said that they, or someone they knew, had tried to terminate a pregnancy by themselves, certain factors made a self-induced abortion attempt more likely. Latina women living close to Mexico were more likely to attempt it — likely due to greater accessibility to the drug misoprostol — as well as women who had reported having trouble accessing reproductive health services and contraception.

While the TxPEP research is ongoing, this study seems to confirm what other studies from around the world have also suggested: that making access to medical abortions illegal doesn’t actually do very much to prevent abortions from happening. The researchers also note that, other than misoprostol (which can’t be legally acquired in the U.S. unless prescribed), there are no other self-induced abortion methods that are proven to be effective or safe, which puts women who might try other methods out of desperation in danger.

No matter what side of the abortion debate you fall on, no one wants women harming themselves by taking matters into their own hands. As abortion laws continue to be debated in Texas, it will be interesting to see what role the findings of the TxPEP research will play in determining the outcome.

More Like This
Family Of Grandfather Killed In Highland Park Mass Shooting Say He "Saved" Their Lives
What Exactly Are Minions, Anyway ?
Is It Safe To Keep Using Period & Fertility Apps In A Post-Roe America?
Camilla Parker-Bowles Asked Kate Middleton To Take Her Birthday Photo For A Magazine Cover