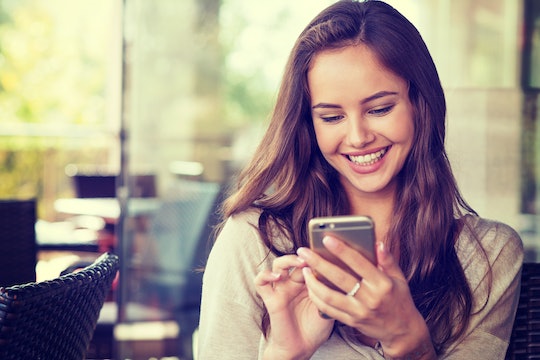 The 10 Most Engaging Conversation Topics, According To Hinge Data

Dating, hook up, and relationship apps and websites are mainstream these days, with more people using them for all sorts of different purposes. And if you want an actual relationship to grow out of your initial app or website match, conversation is probably going to be pretty key (just as it is when meeting offline). But knowing what's going to blossom into a conversation and do more than just very quickly catch someone's attention can be difficult. Luckily, relationship app Hinge pulled some data that'll give you the inside scoop. The most engaging conversation topics, according to Hinge data, maybe aren't all exactly what you'd expect them to be, but knowing what will most likely work and what maybe won't can make digital dating a little bit less daunting, especially as far as those early-on conversations are concerned.

If you're trying to actually get to know someone, striking up a conversation with a simple hello probably won't accomplish what you were hoping it would. Hellos can often lead to small talk, which, again, doesn't really tell you anything about someone, or, at least, not beyond the most basic of facts. Conversations that allow you to get to know the other person beyond their name, where they grew up, how many siblings they have, and what they do for work are far more engaging. Hinge discovered that, for the most part, the prompts that led to these sorts of conversations weren't quite as predictable as those more basic questions either. If you're talking about these sorts of things, it might mean that your conversation will be more interesting, which is, after all, what you want.