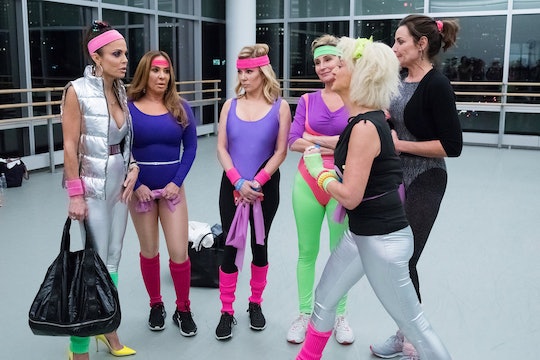 The Real Housewives of New York have always given fans incredibly gif-able moments, but Season 11 soared to new heights with one of the wildest girls trips we've ever seen. (And that's saying a lot after Scary Island.) The three-part trip to Miami was truly memorable and provided plenty of fodder for new RHONY memes and tweets. But there are also some classics that'll go down in history when the franchise celebrates twenty years of Housewives — a milestone I have literally zero doubt they'll reach.

This season captured what many echoed was the best two minutes of Real Housewives in the franchise's history when Bethenny Frankel completely melted down over Luann De Lesseps' protracted period of self-involvement following her newfound sobriety. Bethenny had clearly been holding it in all season — her few attempts to gently address the issue went mostly ignored — and she really let it rip on the girls trip. What happened next was one of the most compelling moments the show ever aired. Bethenny finally confronted Luann with her mounting resentment over Luann behaving so atrociously under the guise of pursuing "wellness" after Bethenny's fiancé Dennis Shields, who financially bailed Luann out during her intervention, died of a drug overdose. It was both an incredibly painful moment to watch and very clearly an important thing for Bethenny to say.

It remains to be seen how that night resolves, but at the very least, the memes and tweets it spurned became some extremely relatable content.