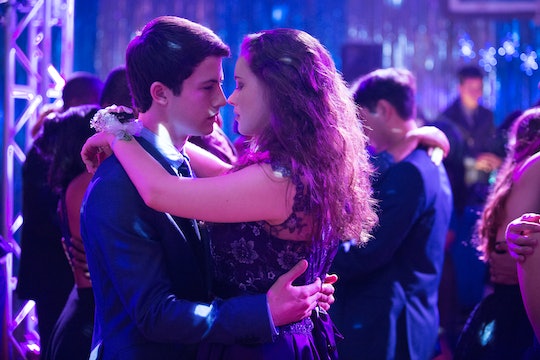 Fans of Jay Asher's 2007 novel Thirteen Reasons Why were understandably both excited and nervous for the Netflix miniseries adaptation. Asher personally gave his blessing for the series after reading it and executive producer Selena Gomez was keenly aware of the book's cult following among teen YA readers. But, considering the novel was published 10 years ago, and the social media landscape has vastly changed since then, the Netflix adaptation was forced to take a few liberties. Among other things, they changed several supporting characters' endings. But the 13 Reasons Why original ending was totally different from either the book or the show.

In both the book that was published in 2007 and in the Netflix series, Hannah Baker commits suicide, leaving behind 13 cassette tapes outlining the reasons why she did it and the people who were to blame. But Asher's original ending for the book was very different. In it, Hannah actually survives. The original ending is included in a new 10th anniversary edition of the book, along with an accompanying essay by Asher explaining his thought process. "Whatever the reasoning, it felt false for this particular story and for the seriousness of the issue," said Asher of allowing Hannah to survive. "If someone goes through with a suicide, there are no second chances for anyone involved."

He added in an interview with Penguin Teen:

What I wanted to say wouldn’t have changed, but the original ending would have let readers off the hook from needing to consider my message. They may have been following my message from the beginning, but when they finished that last chapter they would have let out a sigh of relief that everything could potentially be righted. But with suicide there are no second chances, and with the final ending, that isn’t an option to even consider. But readers are shown that people can change for the better, even after a tragedy, and that was very important to me.

The Netflix series concluded with a 30-minute featurette from the production including interviews with the cast, crew, Asher himself, and the licensed mental health professionals who served as consultants for the show. In it, series creator Brian Yorkey essentially echoed Asher, saying that the reason cameras never turn away from the show's difficult scenes (two sexual assaults and Hannah's grisly suicide) was because it was important to face and talk about the issues head-on. They couldn't foster a dialogue about the show's subject matter among viewers that was frank, honest, and straightforward if they weren't willing to go there on-screen. It may be a more difficult read (and a more difficult viewing experience), but by actually following through on Hannah's suicide, Asher forces audiences to process their discomfort, hopefully in a meaningful way.