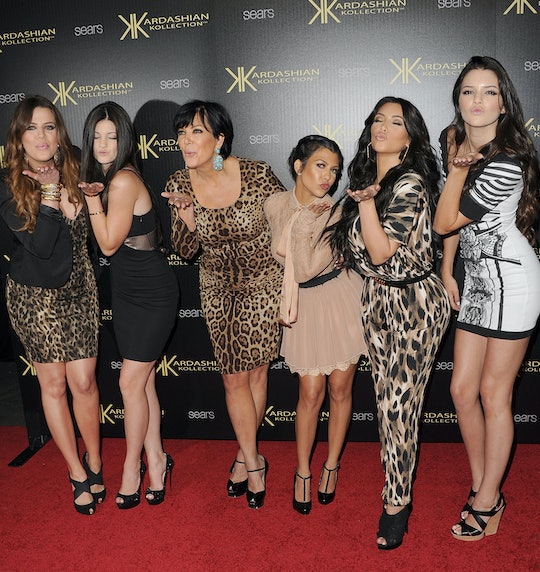 The 2015 Kardashian Christmas Card Is Shocking For One Big Reason

Of course, you can hardly blame Kris, Kim, Kourtney, Khloe, Kylie, and Kendall — after all, North West and Penelope, Mason, and Reign Disick are flat out adorable. (And the way that Penelope is already rocking the deep V? Incredible.) Accompanied with the caption, "All You Need Is Love," it's a much more subtle, touching approach to the holiday compared to previous Christmas cards from the family. Does this signal a more subdued 2015 for America's royal family? (No. Definitely not.)

But it's a surprising twist from the Kardashians, particularly since rumors surrounding this year's card seemed to indicate the whole family would participate. After all, we already heard reports that there was strife between family members after Rob Kardashian said he didn't want to be in the photo. Could that have contributed to a change in plans?

But it seems the change is paying off, at least in some fans' eyes. Though some were expecting more insanity from the Kardashians, others are applauding the card, which is bringing attention to the the E! stars of our future.

But, of course, there's more missing in the photograph than just the adult Kardashian family members. Saint — Kim and Kanye West's latest addition — didn't quite make the cut, likely because the photo was taken prior to his birth.

For those hoping to see Saint and the rest of the family, at least I can say that Christmas — and another Kardashian card — will come again in one year. Patience is a virtue!