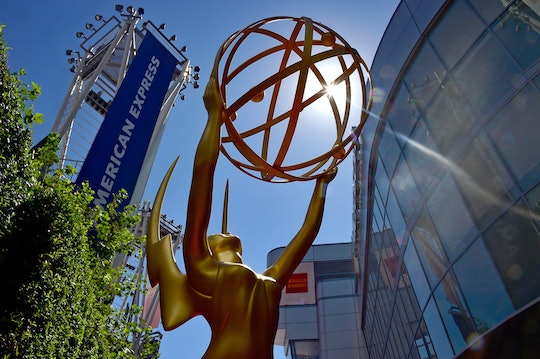 Television fans await the Emmys like a child awaits their birthday or Christmas. And, like a child looking forward to their special day, TV fans being the countdown to the big night as soon as the nominees are announced. The 2016 Emmy nominations were announced Thursday morning during a press conference at the Wolf Theatre in North Hollywood, California. 'black-ish's Anthony Anderson and Gilmore Girls' Lauren Graham presented the nominations, which included a standard mixture of snubs and surprises.

The Emmys honor the best in television, with categories that acknowledge work both in front of and behind the camera. The Emmys will air Sunday, Sept. 18, 2016 at 7 p.m. ET on ABC. Jimmy Kimmel will take on the hosting duties, marking the second time the comedian and late-night has hosted the ceremony. (Fingers crossed that he brings his "Mean Tweets" bit to the stage that night.)

There’s no doubt that the Academy of Television Arts & Sciences has a difficult task ahead of itself. The New York Times reported that were were more than 400 scripted shows on TV and streaming services in 2015. And that number only grew in 2016. People re-witnessed the trial of the century in The People v. O.J. Simpson: American Crime Story, discovered their inner badass with Jessica Jones, and laughed over the romantic failings in Masters of None. Add in the series that the world already knows and love, and you can bet the Emmy nomination pool will be filled with an array of talent and quality television.

So who has the chance to take home the most coveted award in the television industry? Here is the full list of the 2016 Emmy nominees:

Comedians In Cars Getting Coffee

Dancing With The Stars

Viola Davis - How To Get Away With Murder

Aziz Ansari - Master of None

Will Forte - The Last Man On Earth

Niecy Nash - Getting On

Outstanding Lead Actress in a Limited Series or a Movie

Outstanding Lead Actor in a Limited Series or a Movie

Bryan Cranston - All The Way

Outstanding Supporting Actress in a Limited Series or a Movie

Melissa Leo - All The Way

Outstanding Supporting Actor in a Limited Series or a Movie