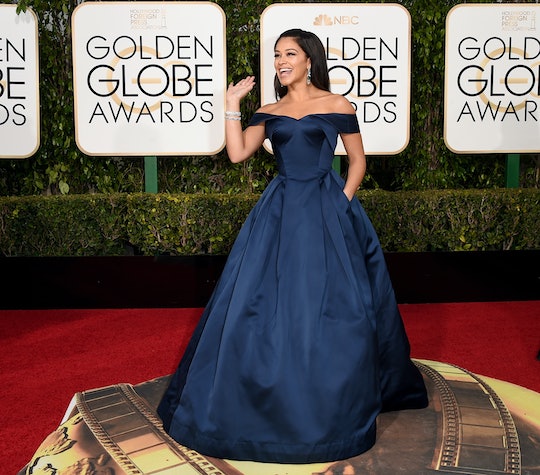 The 2016 Golden Globes Outfits That Rocked The Red Carpet

Fans of chic, couture dress, rejoice! The 2016 Golden Globes red carpet on Jan. 10 marked the beginning of award show season. For celebrities, this is a time of year when their hard work is put on display and judged by critics who will decide whether or not their performance is worthy of a coveted statue. But for fashion connoisseurs, this time of year is spent gawking over what the women and men of Hollywood wear when it comes time for the big night. And the Golden Globes’ red carpet was no exception.

The question "who are you wearing” was asked multiple times at Sunday’s award ceremony, specifically by Giuliana Rancic and her gang of fashion police. And though this is a time when interviewers should be #AskingHerMore, you can’t deny that people love to hear about the wardrobe as well. Whether you like to learn about the leading ladies who don floor-length dresses and drip in diamonds or just stare at Hollywood’s hottest men in tuxes, the 2016 Golden Globes was a night of glitz, glamour, and jaw-dropping outfits.

From the most classic ballgowns to the adventurous jumpsuits, the looks at the Golden Globes are fierce, fresh, feminine and flawless. Go ahead, gawk over these stars in their red carpet best.