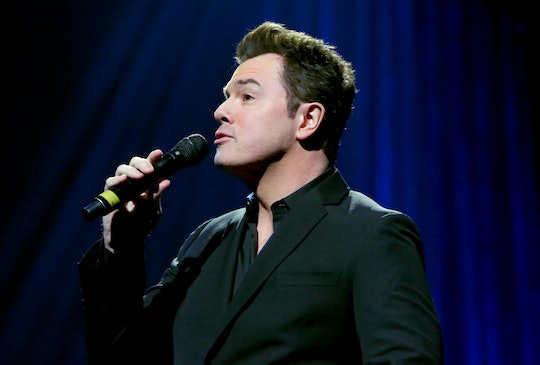 The 2016 Grammy Nominations Surprises Aren't The Strangest Ever

The 2016 Grammy Nominations have been announced, and while most aren’t that shocking – multiple nominations for Taylor Swift, Kendrick Lamar, and The Weeknd were expected – a few of the 2016 Grammy nominations were unexpected and might have you scratching your head. To wit: did you know that Slipknot was still a thing, and that they’re in the running for Best Rock Album? Yes, they’re still making music, dressing like creepy monster clowns, and preventing grandmas across America from entering Hot Topic to buy their grandkids a gift certificate for Christmas this year. Just let that sink in.

Also of note: Seth McFarlane, creator of Family Guy, outspoken atheist, and former Oscar hosting trainwreck is up for Best Traditional Pop Vocal Album. This makes a litte more sense when you understand what the category means; “Traditional Pop” doesn’t mean Madonna or Katy Perry. Fellow nominees include Barry Manilow, Tony Bennett, and Josh Groban. Longtime Family Guy viewers will recall that the voice of Brian Griffin has one hell of a set of pipes. He just released his third album, No One Ever Tells You, in October of 2015.

But the biggest surprise of all is actually someone who’s already won 18 Grammys. After 58 years in the music business, Sir Paul McCartney is up for two more awards, which isn’t that eyebrow-raising in and of itself. It’s the categories that will surprise you: Best Rap Song and Best Rap Performance, both for “All Day,” by Kanye West, which features Theophilus London, Allan Kingdom, and McCartney. So next time an Old complains about rap music being “just noise,” you now have a really great argument for why they should give it a chance. I mean, dude’s a knight, after all.

So, are these the weirdest Grammy nominations we’ve ever seen? Not by a long shot! Take a look at some past winners in the ¯\_(ツ)_/¯ category: