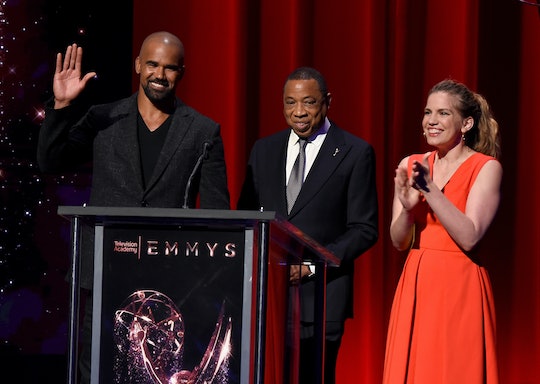 The 2017 Emmy Snubs Will Make You Enraged

Every year the Emmy nominations are introduced, and every year somebody gets ignored for no good reason. This year is already proving to be no exception to that rule. The 2017 Emmy snubs will make you absolutely enraged. Granted, there was a lot (and I mean a lot) of excellent television created this year — from the unforgettable introduction of Westworld to the disturbingly relevant Hulu series The Handmaid's Tale, which potentially felt a little too timely for comfort.

By now, after 27 years of dedicated television viewership (hey, you have your hobbies, don't knock mine), I'm used to some shows and some actors simply not receiving their due. Remember how it took four seasons of Orphan Black for Tatiana Maslany to receive the Emmy she so richly deserved? And of course, I've grown accustomed to the fact that reality TV is constantly overlooked. But all of that doesn't mean that I still can't get fired up when somebody or some show is not recognized when they definitely deserve it. My only comfort is that I can still cherish these overlooked gems and pat myself on the back for my superior taste and look down smugly on the establishment. So who did the Emmys give the cold shoulder to this year? Let's dive right in!

This is one of the best shows on television. It is consistently honest, relatable, and beautifully acted with some of the best writing on HBO. So why the cold shoulder?

Please explain to me why the beautiful, groundbreaking, utterly hilarious Transparent, which stars the incomparable Jeffrey Tambor and a host of brilliantly funny and talented costars is not nominated for Best Comedy Series while Modern Family, the television equivalent of an awkward Dad-joke is? I'll wait.

I suppose Unbreakable Kimmy Schmidt took the one kooky, female-driven comedy spot available. There can't be more than one, apparently.

OK fine, I grant you, maybe this wasn't the best thing ever to happen to television in the past year. But Amy Sherman-Palladino has not once been recognized for her incredible writing or the beautiful show she created. Is it too much to ask that the Emmys throw her a bone, like, just once?

Orange Is The New Black

Orange is the New Black could at one time be counted on to sweep awards ceremonies. Now, it's been all but shut out of the Emmys.

Some of my favorite shows may have gotten snubbed this year, but that's OK. At least I know who deserves my love.