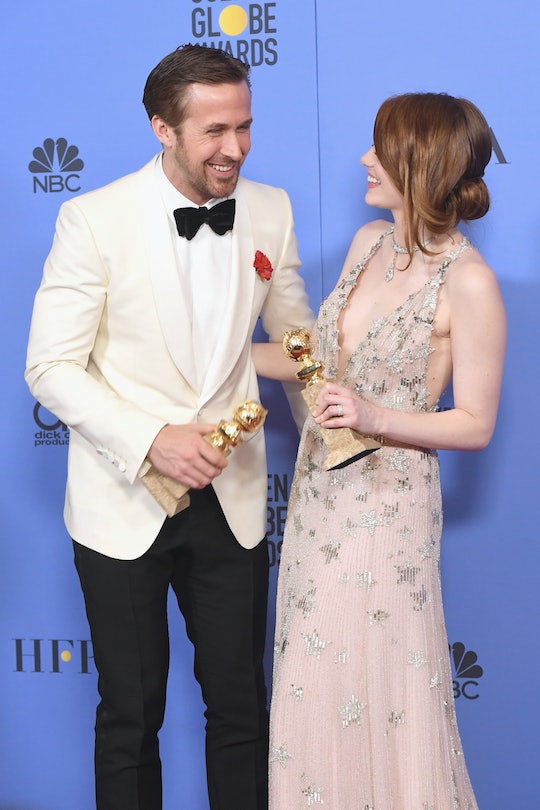 See All Of The 2017 Oscars Nominees

Airing live on Sunday, February 26, the Academy Awards will reward all of the year's most compelling, exciting, and fantastic actors, actresses, and individuals for their work in front of and behind the silver screen. Though the awards-show race is already well underway, the 2017 Oscars nominees list holds lots of promise for the actors and actresses fans adore most. From fan-favorites Denzel Washington, Emma Stone, and Viola Davis, to the groundbreaking and incredible performances from Ruth Negga, Janelle Monae, and Dev Patel, this year's Oscars hopefuls have shown depth, breadth, and sheer talent.

As president of the Academy of Motion Picture Arts and Sciences, Cheryl Boone Isaacs will announce the full list of nominees for this year's show. Joined on stage by Jennifer Hudson, Brie Larson, the threesome (who may also be joined by other past Oscar winners) will announce the top contenders. In the Best Film category, early predictions have La La Land taking home top honors, but many believe that Hidden Figures, Moonlight, or Lion could unseat the film and take home the Academy Award instead. Of course, it'll be a showdown in the Best Actress category — Natalie Portman's performance in Jackie, as well as Viola Davis' depth in Fences have had critics speculating for months — but after this morning's livestream, we'll officially know who's in the running.

Best Actor In A Leading Role

Casey Affleck, Manchester by the Sea

Best Actress In A Leading Role

Best Actor In A Supporting Role

Lucas Hedges, Manchester by the Sea

Best Actress In A Supporting Role

Michelle Williams, Manchester by the Sea

Kenneth Lonergan, Manchester by the Sea

OJ: Made in America

I Am Not Your Negro

Kubo and the Two Strings

My Life as a Zucchini

Manchester by the Sea

You can view the full list of the 2017 Oscars nominees online. The show, hosted by Jimmy Kimmel, will air Sunday, February 26.