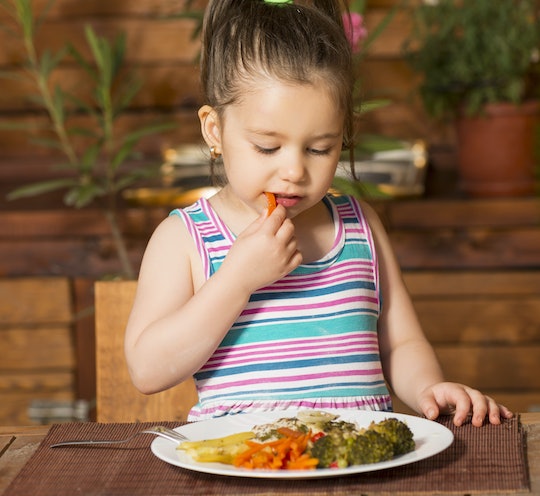 When most of us go into our local grocery store, we’re presented with aisles upon aisles of food options. There are so many different colors, textures, and flavors of food, which can get overwhelming -- and make it exceedingly difficult to stick to our shopping list and walk out with exactly what we came in to buy. When this happens it’s important to take a moment to be grateful that we have access to foods with the nutrients our bodies need...because the truth of the matter is, many people don’t. In fact, there are millions of people all over the world who are sick or near death because their bodies aren’t getting proper nutrition. The statistics speak for themselves: according to the World Health Organization, 45 percent of children under the age of five died due to causes related to malnutrition in 2015.

The definition of malnutrition, according to the World Food Programme, is when the body has a hard time performing basic functions because it is not getting enough food, or the right kind of food. While malnutrition is a terrible condition for people of all ages, it’s particularly harsh for pregnant women and children. Without the proper vitamins and minerals, the ability for a child to be born healthy and later grow into a fully-functioning and productive adult is compromised because the child is susceptible to repeat infections, diseases, and cognitive complications.

Dr. Chris Raab, the director of the Nemours Pediatric Refugee Clinic in Philadelphia, has treated about 570 children from around the world over the course of his career and believes that individuals in the United States take their access to a variety of foods (and access to food in general, for that matter) for granted. Not only do we have plenty of foods to choose from, but many of our basics like milk, cereal, and bread are all fortified with folic acid, calcium, and iodized salt -- which all help kids grow. Unfortunately, the rest of the world is not as lucky and cannot as freely supply their families with foods that will keep their bodies happy. “In some countries, families don’t have access to protein sources or iodine,” Raab says. “There’s a chronic lack of the right calories.”

The most common nutritional challenge that affects children around the world is iron deficiency (otherwise known as anemia). It affects approximately 2 billion people, and is the only nutritional challenge that has a strong presence in industrialized countries. Individuals who are anemic complain of lethargy and exhaustion because their red blood cells aren’t carrying enough oxygen to all the parts of the body. While protein is a great source of iron, foods full of this nutrient like seafood, white meat, beef and soy are foods not readily available in other countries besides the United States.

Another major threat to pregnant women and young children worldwide is Iodine Deficiency Disorder (IDD). The public health threat affects 2 billion people today, and is one of the world’s most prevalent causes of mental development disorders in children. IDD is caused by consuming food products with a low concentration of iodine, which can lead to low levels of thyroid hormones in the blood, resulting in a series of functional and developmental abnormalities in children. During pregnancy, an iodine deficiency can have fatal results for the fetus. The good news? There’s a simple, proven strategy for preventing IDD: ingesting salt fortified with iodine. Through universal salt iodization programs, IDD could be eliminated altogether, but there’s still a ways to go: UNICEF estimates that just 66 percent of the world’s households have access to iodized salt today.

The World Food Programme refers to the time period where it is possible to prevent the largely irreversible damage that follows early childhood undernutrition as, ‘The window of opportunity.’ One of the few organizations that is fighting the cycle of malnutrition by providing expectant and nursing mothers and young children with vitamins during this critical “window” is Vitamin Angels. Since it was founded by Howard Schiffer in 1994, the goal of the organization is to provide essential vitamins and supplements to mothers and children in at-risk communities around the world. Schiffer’s efforts have been incredibly successful: by 2013, the Vitamin Angels team had provided resources to 28 million children before partnering with Walgreens to bring their lifesaving efforts to an additional 100 million children in 46 countries. In 2015, the charity accomplished another amazing feat when it received its eighth 4-star rating from Charity Navigator for exceptional accountability, transparency, and sound fiscal management. For some perspective, this puts Vitamin Angels among the top 6 percent of charities in the world.

Every child in this world is deserving of a life full of opportunities, prosperity, and happiness. Thanks to Vitamin Angels, more children than ever are getting what they deserve.