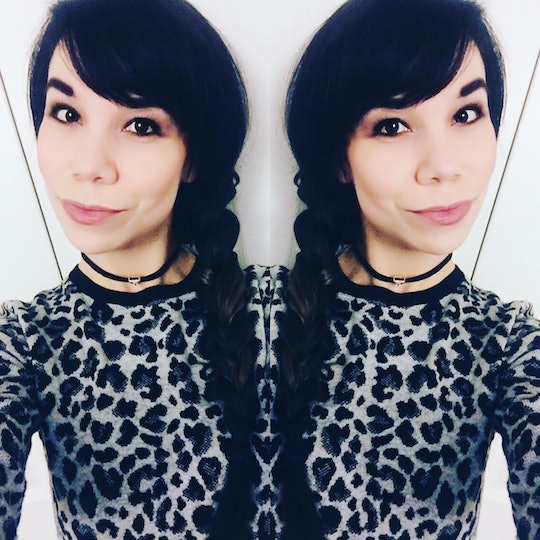 The first time I dyed my hair, I was in 8th grade. My mom had repeatedly told me that she didn’t want me to color my hair, but I sneakily bought a box of red hair dye from CVS while I was at the mall with my friends. Later that evening, I applied the hair dye in my bathroom, hoping that she couldn’t smell the chemical fumes from down the hall. Of course, she was mad when she found out, but she eventually admitted that I looked good with red hair, and she even agreed to take me to the salon for touch-ups as needed.

Ever since then, my hair has been multiple shades of red, brown, blonde, and black. I’ve had highlights, lowlights, ombré, and everything in between. In recent years, I’ve gone for the dip-dye trend to avoid the need for root maintenance, although I’ve learned from my 8th grade experience that I should always visit a professional salon to get my hair colored. Changing my hair color had become something of a metaphorical ritual, a thing I did when I felt the need to mark the ending of one chapter of my life and the beginning of another.

When I found out I was pregnant earlier this year, I wanted to celebrate as I always had. But after doing some Googling, I learned that it might not be such a good idea to dye my hair during pregnancy. Luckily, I figured out a cheap and easy haircare hack that's revamped my pregnancy style.

When I first started googling "is dying your hair during pregnancy safe," I was left with more questions than answers. According to a report from The American Pregnancy Association, hair treatments are "generally considered safe to use during pregnancy,” with one caveat: “your safest option is to wait at least until after the first trimester, if not until after pregnancy.” That didn’t exactly reassure me that it was OK to make an appointment at the salon.

I can’t stress enough the importance of doing things for yourself during pregnancy, no matter how small or superficial they might seem.

My OBGYN provided a little more guidance. She told me that while some evidence indicates that the chemicals in hair dye are safe to use during pregnancy, the research is inconclusive, which is why most doctors urge pregnant women to exercise caution. “If you absolutely have to do it,” she said, “just do it less often. If you can wait, then wait until after you give birth.” The thought of doing any harm to my daughter didn’t seem worth it to me, so I decided to take a 9-month rain check on hair dye. But I knew I needed something else in the meantime.

My hair is what tends to make me feel the most attractive. When I’m having a good hair day, it doesn’t matter if I’m rocking a full contour or if I’m in sweats with a messy top-knot and a face mask: I feel beautiful either way. So after some Pinterest-browsing and deep soul-searching, I decided to dig out the clip-in hair extensions that I’d bought last summer on a whim, thinking that they might be just the thing to satisfy my need for a hair transformation.

A few months ago, I was inspired to try hair extensions after a friend of mine showed up to dinner sporting hair down to her waist. She totally sold me on the benefits of extensions, and I was ready to try them for myself. I considered a few products before settling on Luxy Hair, a hair extension company that touts itself as both easy to use and safe. (The epic “before and after” pictures on their website didn't hurt, either.) I had purchased the medium length in Dark Brown, which came out to $159. It sounds like a lot of money, but when you consider the fact that you can re-wear them over and over again (and you don’t have to go to a salon to get them applied), it actually is worth it.

The extensions themselves were easy to use. Each piece has one or more flip-clips attached to it, allowing the extension to nestle tightly into your hair without being seen. They’re also extremely comfortable and surprisingly lightweight, despite adding an enormous amount of volume to your mane. The first time I put them in, it probably took me around ten minutes; now, I’ve gotten it down to under five.

Once my pregnant self started wearing these extensions again, I completely forgot about the urge to dye my hair. I'm not gonna lie: I felt hot AF. There’s something about having an Elsa-from-Frozen-esque side braid that just makes you feel like a goddamn princess. And, let’s be real, there’s been a lot about pregnancy that has made me feel totally un-sexy, so these extensions are a total self esteem-boost.

Since rediscovering them, I’ve been wearing my extensions almost every day. Sometimes I’ll twist them into a massive braid, other times I’ll curl them so it looks like I just came from the salon with a blowout. I can’t stress enough the importance of doing things for yourself during pregnancy, no matter how small or superficial they might seem. For me, this is the one thing that has allowed me to feel like the best version of myself while maintaining my personal sense of style. And with that in mind, it was worth every dollar I spent – and every extra minute it takes to clip those bad boys in.