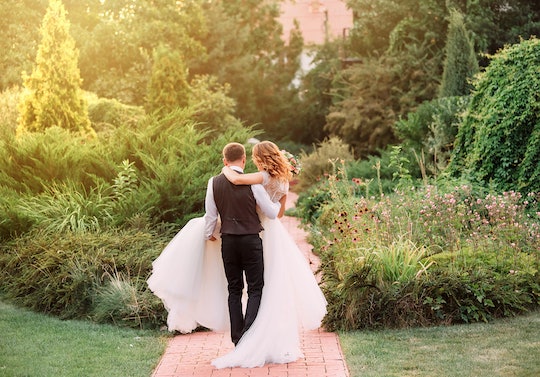 Turning to the stars for love advice is hardly new, because people have relied on astrology for centuries. And the practice is still alive and well in the modern world, because there's about a zillion sites that can predict your compatibility with a particular sign. But what about more specific events, such as the signs that are likely to have a second wedding? If you're into astrology, then the stars have a bit to say about this topic as well.

First, though, take a quick astrology refresher. There are twelve signs of the zodiac, and the sun takes roughly one month to travel through each sign, as noted on Astrology Library. This means every persons's birthday corresponds to a particular sign, such as Leo, Libra, or Gemini. Furthermore, each sign is generally correlated to different personality traits, such as curiosity, creativity, or ambition. It's possible to review these associated traits and guess which individuals might be more likely to enter second marriages.

That said, there's still a lot of guesswork when it comes to astrology, so please don't take any of these predictions as absolute truth. Any potential for marriage can bring up a lot of emotions and uncertainty, so of course it's only natural if the idea of a second marriage is a bit daunting. But if you're curious about your own chances at a second walk down the aisle, then these signs might have a positive message or two to send your way.