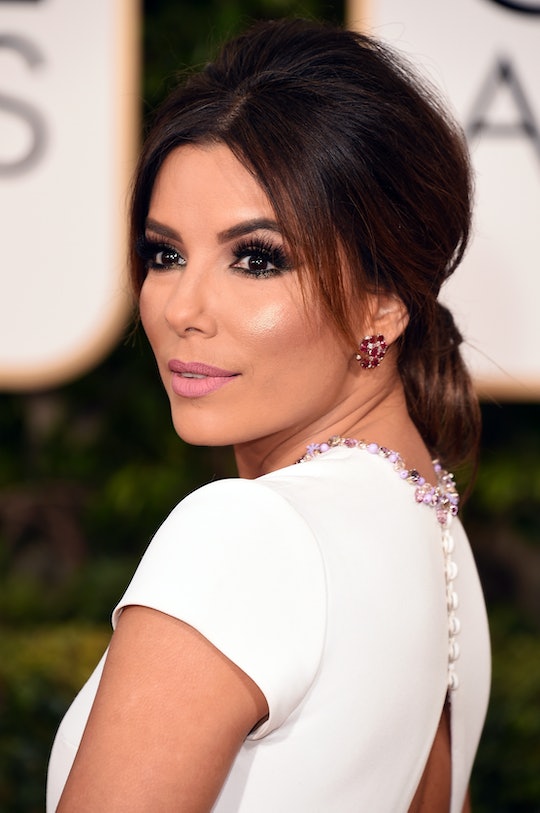 Both 2015 and 2016 saw a hashtag emerge during the Oscars that had little to do with films and everything to do with representation. #OscarsSoWhite captured the frustration the general public — as well as those in the film industry — felt when the Academy of Motion Picture Arts and Sciences announced the 2016 Oscar nominees, and, for the second year in a row, all of them were white. It led an uncomfortable Neil Patrick Harris, who hosted the 2015 awards, to joke, "Tonight we celebrate Hollywood’s best and whitest — sorry, brightest," while Chris Rock called the 2016 ceremony he hosted, "The white BET Awards." But recently, The New York Times caught up with actors and actresses personally affected by Hollywood's lack of diversity, showcasing what #OscarsSoWhite means on a day-to-day basis for them. Here are a few of the best quotes on #OscarsSoWhite from actors who feel the effects of exclusion in the industry.

Actor and comedian Ken Jeong is best known for creating, producing, and starring in his show Dr. Ken, along with his role as Ben Chang in Community. He told The New York Times:

A professor [said]: 'You’re a good actor, which is why I’m telling you, stay the hell out of L.A.'

The star of Ugly Betty and producer of Superstore got a hefty dose of prejudice at an early start in Hollywood, saying,

I was 18 and putting myself on tape for a movie I really wanted. I got that phone call: They cast a Latino male in another role in the film; they’re not looking to cast [a Latina]. So I defiantly bleached my hair blond, painted my face white and made the audition tape. I never heard back. I just remember feeling so powerless. What do you do when someone says, 'Your color skin is not what we’re looking for'? Let me tell you: Blond does not suit me. I try not to prove my point on audition tapes anymore.

Eva Longoria, who starred in Desperate Housewives and Telenovela, experienced being typecast as Latina, but was told at times that she wasn't Latina enough:

I didn’t speak Spanish [growing up]. I’m ninth generation. I mean, I’m as American as apple pie. I’m very proud of my heritage. But I remember moving to L.A. and auditioning and not being Latin enough for certain roles. Some white male casting director was dictating what it meant to be Latin. He decided I needed an accent. He decided I should [have] darker-colored skin. The gatekeepers are not usually people of color, so they don’t understand you should be looking for way more colors of the rainbow within that one ethnicity.

Crushing it on Suits after a successful run with The Wire, Pierce talked about the ignorance that's often seen in Hollywood when it comes to race.

In 1985, I’m sitting in the casting office of a major studio. The head of casting said, 'I couldn’t put you in a Shakespeare movie, because they didn’t have black people then.' He literally said that. I told that casting director: 'You ever heard of Othello? Shakespeare couldn’t just make up black people. He saw them.' I started carrying around a postcard of Rubens’s 'Studies of the Head of a Negro.' The casting director actually was very kind to me. He referred me to my first agent.

The discussion came up when we were doing [the TV series] “Living Single” that [the cast needs] to lose weight. [My manager] Shakim would get the call, and it would be laughter by the time it got to me, because there’s no way. I felt I represented a woman out there who should get to see somebody who weighs about as much as she does.

Mindy Kaling, who won our hearts with The Office and The Mindy Project, often speaks out about her experience as a woman in the industry. She told the Times:

My personality and [that of other women] I know is to want to please. It can sometimes feel alien to just say, 'I need this to happen, because it’s my show,' and not feel afterward that you’ve been unprofessional simply by stating the thing that you want. I struggle with it all the time. When you are a minority, and it’s the first time you’ve done something, you’re like, this could all be taken away from me. I think the presumption with women is that they will be team players, and that is not the presumption of men.

Things are looking up for better representation in Hollywood, though — or at least it seems that way. After the immense amount of backlash that the Academy received for two years in a row of all-white Oscar nominees, the president said it plans to double the amount of women and minority members in the Academy by 2020. Obviously, many more changes will be needed within Hollywood — but having strong, successful people in the film industry talk about their early (and ongoing!) challenges is a fantastic way to encourage fresh faces to push their way into the industry.