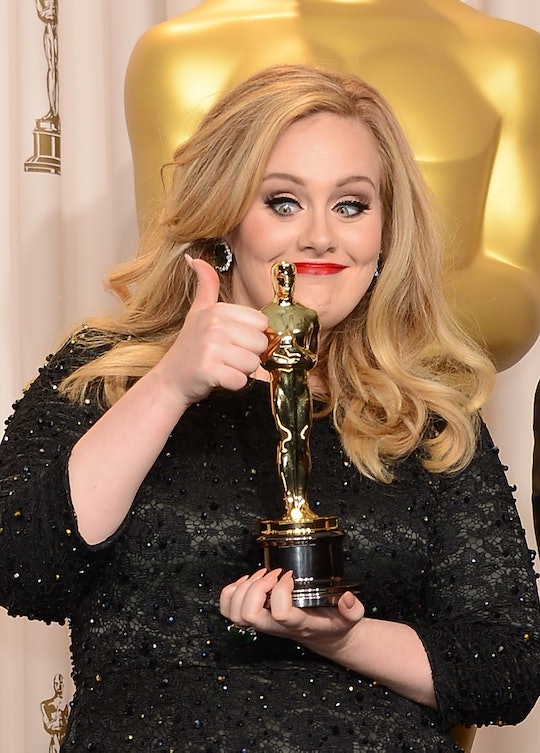 There are only so many songs you can sing in the shower. Which is why it’s totally perfect that Adele’s new album 25 comes out this Friday so you can feel all of your feels and update your repertoire once more. Anxiously awaiting for Adele’s new album is excruciating. When her single “Hello” dropped two weeks ago, every co-worker popped their headphones into their ears and never came back. She has funny a way of making you miss long lost lovers you didn’t even know you had, and absolutely bawling your eyes out over those you did. According to Billboard, “Hello” has been one of the fastest-rising songs on the charts for three weeks in a row. But that wasn’t enough for some fans. Today, two-minute snippets of every song on 25 were released on the Internet — and everyone simultaneously freaked out.

And as if that weren’t enough, apparently Target cracked open the Adele shipment early, and then accidentally (or not?) stocked the shelves with them. While representatives for Adele deny it, social media says otherwise, as one fan posted a pic holding the album, threatening to leak it. But Adele has done a little song-leaking of her own today, too. This morning, she released a live performance of “When We Were Young,” another gut wrenching song on the album about everything that could have been with another dude.

While her emotional range may be all over the place, Adele is in control of everything surrounding this album — the song is on the singer’s Vevo page instead of anywhere else. And the extra bonus single just days before the entire album drops means that her name (and her lyrics) will be in everyone’s heads come Friday. So yea, it looks like being awesome is the best marketing strategy there is, and Adele is killing it.

But this wait has been long. And there have been so many emotions to deal with along the way. Our heads have been flooded with a million different wonderings we may never know the answers to. Well, at least until Friday.

And How Will We Feel About That?

While The Rest Of Us Sit With Our Fingers Ready, All Set To Download It ASAP

That Moment When We've Heard It All, And Have To Publicly Hide Our Emotions (And Phones)

Oh man; Friday can't come soon enough. But on the bright side, there's only three more sleepless nights until the album drops. And judging from all the buzz and the leaks and the straight-up awesomeness that is Adele, 25 is going to be everything we’ll need to snuggle in with all winter.