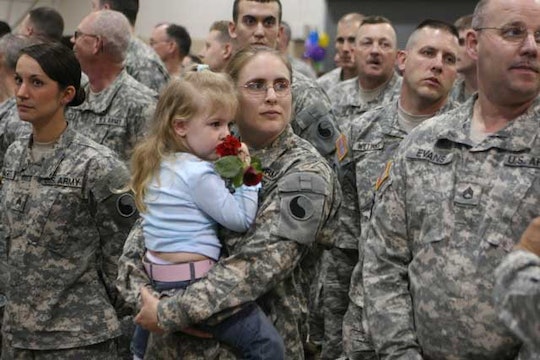 The Army Wants You, Women (Or, At Least, They're Supposed To)

After years of controversy and political sparring, the military will announce today that from now on, all military combat jobs are open to women. It's been reported that Defense Secretary Ash Carter will make the pronouncement, according to Politico, giving all branches of the military until January 1 to prepare for the change and submit their plans for moving forward. They'll have until April 1, 2016 to put those plans in place.

The move received pushback from higher ups in the armed forces, including the Joint Chiefs of Staff chairman, Gen. Joseph F. Dunford Jr., former Marine Corps commandant. He's cited a study that showed women sustained more injuries than men in combat situations (40.5 percent for women compared to 18. 8 percent for men). The experiment also concluded that all-male units performed better than mixed gender ones in tactical, front line situations. The report was extremely controversial, and drew major criticism even from within that branch of the military. Navy Secretary Ray Mabus said the Marines used flawed methods to validate their prejudices, while his opponents say the move will lower the standards of the military.

The debate appeared on the national radar in August 2015 when Kristen Griest and Shaye Haver became the first women to go through Army Ranger training, a grueling, highly selective course. This year also saw the first women deployed aboard Navy submarines, as well as the first women allowed into the elite SEAL training.

The decision will open up about 220,000 jobs currently reserved for men, and none of them, given their requirements and the hostility surrounding the integration, are for the faint of heart.