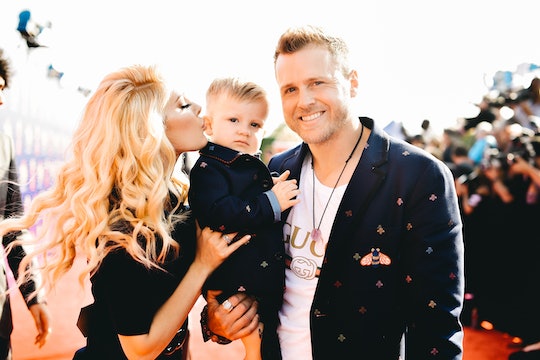 Check Out All The Babies From 'The Hills: The Beginnings'

Now confident in its ability to revive its classic reality TV franchises, following the successful Jersey Shore reboot, MTV is serving up another cult favorite amongst teens of the mid-aughts: an all-new The Hills reboot. A sequel series in itself, which first debuted in 2006, The Hills was a "college years" followup to The OC-inspired reality show Laguna Beach, starring Lauren Conrad and, later, her nemesis Kristin Cavallari. The babies on The Hills: New Beginnings prove that their parents have come a long way since then, but unfortunately, neither Lauren nor Kristin signed up for the reboot. (Lauren has an almost-two-year-old son named Liam James, and she announced in April that she's expected her second child with husband William Tell. Kristin, meanwhile, has three kids — Camden Jack, 6, Jaxon Wyatt, 5, and Saylor James, 3 — with husband Jay Cutler.)

But The Hills: New Beginnings promises plenty of action even without two core cast members. Returning to the series are Brody Jenner, Audrina Patridge, Heidi Montag, Spencer Pratt, Justin Bobby, Stephanie Pratt, Frankie Delgado, and Whitney Port, many of whom have since starred on other reality shows. Joining the crew will be The OC's Mischa Barton and Pamela Anderson and Tommy Lee's son Brandon Lee. Brody, Justin Bobby, Stephanie, and the newcomers are all child-free, but the rest of the main cast members have expanded their families. Here's who you can expect to meet on The Hills: New Beginnings.