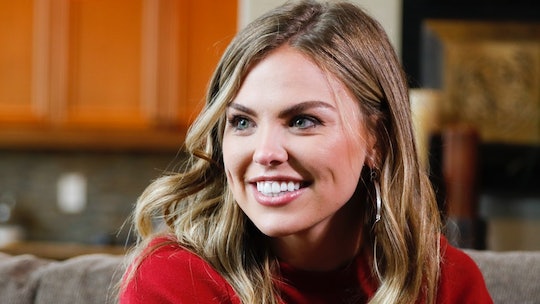 Hulu Can Help You Catch Up On 'The Bachelorette'

The end of The Bachelor may have left a void in your TV watching schedule. What are you supposed to do on Monday nights without a surfeit of roses and petty drama to entertain you? Thankfully, The Bachelorette is about to enter into its fifteenth season on ABC on May 13. But if you don't have cable (or watching live just doesn't work for you), then I have some exciting news. The Bachelorette is coming to Hulu in May and that's the perfect way to catch up on the new season.

It will be available on the streaming service on May 14, just one day after its debut. That means you'll barely be out of step with the rest of the viewing public. You won't even have to avoid all social media to prevent yourself from being spoiled! You'll be able to watch the show so soon after it airs that it'll be the next best thing to real time. Sort of.

It's necessary to have a Hulu subscription to watch, of course, so it could prove to be a problem if you're not already signed up to stream. In that case, you can always go for a free trial so you won't miss out on Hannah B.'s journey to find love.

And that's a journey you'll want to see. Hannah B. wasn't one of the finalists in Colton's season of The Bachelor, though she did make it to the top ten. It may actually have been a good thing that she was eliminated in Week 7, because Colton's tenure as the Bachelor reached an unexpected conclusion that left several contestants reeling. After being broken up with by Cassie, he decided not to pursue a relationship with The Other Hannah or Tayshia. He and Cassie reconciled instead. Hannah B. managed to escape that drama, though she's sure to find herself dealing with plenty of her own in Season 15.

And she's hopeful that she'll find her happy ending after all. When Chris Harrison announced her as the next Bachelorette in the Season 23 finale, Hannah B. said, "I feel all the emotions, but honestly I'm just really grateful for this opportunity. It didn't happen for me on my first time around, but I do believe that it can happen." Hannah even got to meet five of her prospective suitors ahead of schedule that night. Luke, Dustin, Cam, Connor, and Luke S. will be some of the men vying for Hannah's heart, but viewers will get to meet the rest of her contestants soon — whether you watch live on ABC or check in on Hulu the day after.

And if you want to be as prepared as possible for the first episode of Hannah's season, then you can revisit the end of Colton's season on Hulu, too. Every episode isn't available, but you can rewatch Episodes 8 through 12. You can see the aftermath of Hannah's elimination, as well as the reveal that she'd be taking center stage on The Bachelorette. It may not help you predict what will happen in the new episodes, but it'll definitely be a fun way to get ready for Hannah's season.