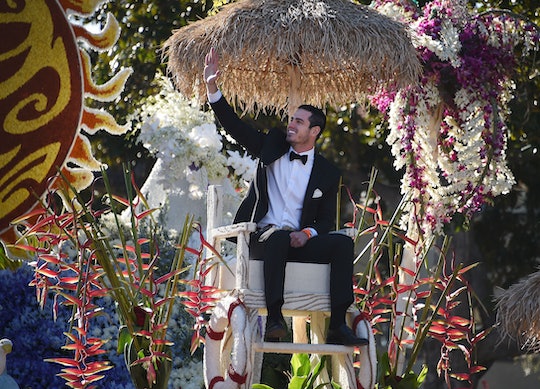 The Best 'Bachelor' Memes Prove Fans Have Some Serious Opinions

With The Bachelor season finale weeks away, fans are casting their bets on who will get the final rose. While some of the internet is preoccupied speculating about what will unfold in the last few episodes, the most committed fans are focusing on what's truly important: hilarious Bachelor memes that won't be forgotten anytime soon.

Not only has Saturday Night Live spoofed the Bachelor, but the Internet has had plenty to say about the show's 20th season — specifically the colorful cast. And yes, this includes the Bachelor Ben Higgins himself. I mean, the Twittersphere couldn't help themselves after season 19 Bachelor Chris Soules had that "moment" in the cornfield, so this is just routine at this point.

But this time around, the Bachelor fans didn't even try to hold back. Early on, they pledged their undying allegiance to their favorite contestant. However, this season they are absolutely loving to hate a certain someone and are beyond intrigued by a hopeful's odd, err, anatomy. And while some serious topics arose about the franchise's diversity, or lack thereof, others have provided levity by crafting some amazing memes that have resonated with Bachelor fans — with some becoming running jokes.

With the season progressing way too quickly, what better time than now to look back at the times the internet said exactly what everyone was thinking. Here are a few things that Bachelor memes completely nailed: