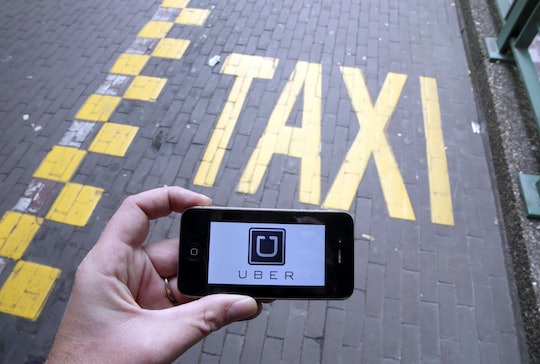 The Best New Year's Eve Tweets About Uber, Because People Have Lots Of Opinions About Surge Pricing

If an Uber driver took you home after the ball dropped last night, then you might have been in for a bit of a shock when you checked your phone this morning. Thanks to Uber’s surge pricing — where regular rates are multiplied during high-demand times — lots of unhappy customers took to social media today to complain about the cost of their New Year’s Eve rides, according to CBS News. The bad news is that, while it’s totally frustrating to have to pay hundreds of dollars for what was probably a short ride, there likely isn't much recourse other than just paying it and chalking it up to a learning experience. But the good news? Twitter is full of hilarious tweets today as a result of the outrage.

There are lots of opinions about whether their pricing scheme is fair, but ultimately, Uber figures they warned users in advance about surge pricing, and they required customers to agree to the increased charges before securing a ride, according to TIME. So, you know, sorry, not sorry, people. And a common refrain from those who totally do not have any sympathy for anyone who feels they overpaid on their ride home is that there were other options (like public transit, or, uh, actual taxis). But while there are plenty of different responses to the post-New-Year's-Eve, surge pricing fallout floating around social media today, they pretty much all fall into one of the following categories:

Firstly, there are the people who are totally unimpressed with Uber.

Then there are the people who would like to give us all an economics lesson:

And then there are the taxi purists:

Not to be outdone by public transportation humblebraggers:

But, at least not everyone has lost their sense of humor:

Well, at least you have plenty of time to save up for next year's ride home.