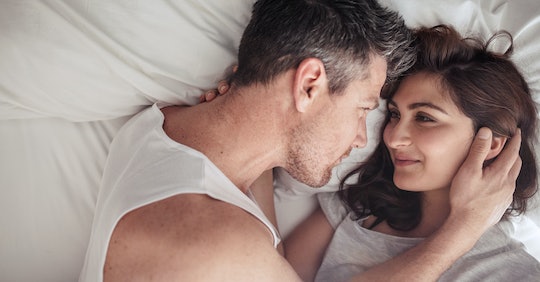 The Best & Worst Age Ranges For You To Date Based On Your Own Age, According To Research

Dating can be difficult, no matter your age, so it makes complete and total sense that you might want to know if there are some things that can make it a little bit easier, as well as what those things might be. As it turns out, some research says that the age difference between you and your partner might be one of those things that can make dating easier or more difficult, depending on how large or small it is. Knowing the best and worst age ranges for you to date, based on your own age, ultimately won't decisively dictate if your relationship is successful or not, but having an idea of what sort of age range might have the largest positive or negative effect on the outcome of your relationship is interesting nonetheless (and might help you know what sort of things to expect).

Every couple is different. While some might not be able to handle a large age gap (there are certainly some challenges that come along with them), others might thrive under those sort of circumstances. But this is actually an area that curious researchers have studied and looked into, to try to get a better grasp on dating and relationship habits and preferences, as well as to learn more about possible predictors of relationship success. Whether you're the same age, older, or younger than your partner, there might be something that science says about your relationship based on how far apart in age the two of you actually are.