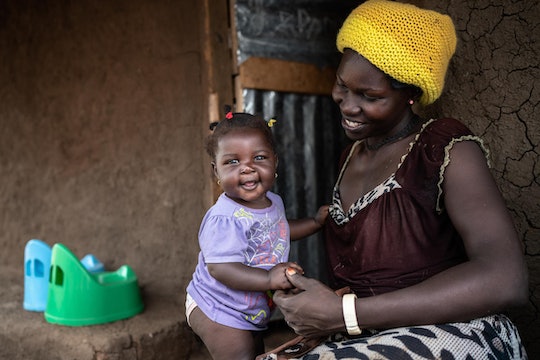 The Best & Worst Countries For Children, Based On These Critical Areas

Save the Children, an organization in the U.S. and around the world that aims to give all children a healthy start in life, revealed the best and worst countries for children on Tuesday, May 28, via its 2019 Global Childhood Report. The detailed report examined the data of 176 countries in comparison from 2000 to 2019, an effort that uncovered 10 crucial areas necessary for children to thrive.

Researchers Beryl Levinger and Nikki Gillette used a score system called the "End of Childhood Index" scaled from 1 to 1,000 to categorize their findings. The scores "measure the extent to which children in each country experience 'childhood enders' such as death, severe malnutrition, being out of school and shouldering the burdens of adult roles in work, marriage and motherhood," according to the report.

The country that scored the highest in this index is Singapore, followed in order by Sweden, Finland, Norway, Slovenia, Germany, Ireland, (Italy and South Korea tied), and Belgium.

In terms of the United States, it ranked 36 out of the 176 countries and had an index score of 941. The index score is a tad alarming when you consider that 940 is the bare minimum needed to rank as a country where "few children missing out on childhood."

For the U.S. specifically, teen births are down by 56 percent, children suffering from malnutrition dropped by 36 percent, and children dying before the age of 5 went down by 21 percent, to list a few stats.

So, how were these gains achieved? The report's researchers identified 10 key areas: Government commitment, social investment and economic growth, improved planning and implementation, reduction of inequities, development assistance, women's leadership, empowerment of women and young girls, new technologies, social media access, and the The MDG agenda (a "15-year global campaign to end poverty in all its forms").

In India, for instance, the country lowered child marriage rates by investing in the aforementioned area of female empowerment, the report highlighted. The country also enacted legal reforms and public awareness campaigns.

Then in Afghanistan, teen birth rates dropped because the country invested in female education and health services.

Of course, those are just a few examples, and there are many other ways in which these 10 key areas have led to gains around the world.

It's also important to note that some areas might not be as obvious as others — some people might wonder, for instance, how social media plays a role in childhood success rates. Although social media can lead to negative effects, some children rely on apps like Twitter and Instagram to access information they might not have had otherwise. "By giving a platform to anyone who wants to use it, social media has the potential to open and democratize societies," the report states.

Save the Children's 2019 Global Childhood Report is very complex and detailed, but its key findings are clear — to improve children's lives across the globe, stakeholders need to prioritize these 10 aforementioned areas.