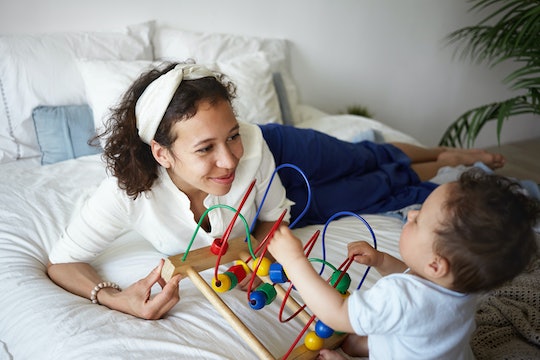 The decision to start a family is a huge one. Not only do couples or individuals have to consider if they're personally ready to start this next chapter of their lives, but they need to take into account the financial responsibilities as well. Because as seasoned parents already know, having a baby is definitely not cheap, though the costs associated with giving birth — and then caring for that child — are vastly different depending on where you live. And if you're curious about where the best and worst states to have a baby, when it comes to your finances, in the United States as of 2019 are, the findings are actually pretty fascinating and may help provide some insight.

In order to figure out the most ideal places in the United States to have a baby, WalletHub looked at a number of variables, according to HuffPost. This included 30 key measures of cost, health care accessibility, baby-friendliness, and family friendliness. After comparing all 50 states and the District of Columbia when it comes to things like hospital conventional delivery charges, annual average infant care costs, and pediatricians per capita, WalletHub came up with their rankings, which were published on Monday, Aug. 12. And here's what WalletHub's researchers found...

Top 5 States To Have A Baby

Bottom 5 States To Have A Baby

Here's a look at some other interesting findings from the personal finance website.

When it comes to midwives and OB-GYNS per capita, Hawaii, Vermont, the District of Columbia, Alaska, and Minnesota ranked in the top five. Meanwhile, Louisiana, Mississippi, South Carolina, Kansas, and Oklahoma had the fewest. Vermont beat out all the states as far as pediatricians and family doctors per capita are concerned, according to WalletHub's research. (With West Virginia coming in last.) And finally, there was a four-way tie for the most child care centers per capita: Vermont, Arkansas, District of Columbia, and Wyoming (Indiana came in dead last in this category).

No matter where you give birth and decide to raise your child, though, it's probably going to be pretty pricey. For example, the first year of a child's life will likely set parents back roughly $21,000 (for a $40,000 income household), according to a 2017 survey from NerdWallet. Additionally, while prices vary greatly depending on the state you're in, the average cost of a conventional delivery in the U.S. is more than $10,000, as The Economist reported, which is a heavy price tag, no doubt. Just to put things in perspective, though, the cost for Prince William and Kate Middleton to have each of their royal babies at the Lindo Wing was approximately $10,128, The Telegraph reported, and that's the estimated cost of the "deluxe" package. So regular people are paying the same price as literal British royalty. It's no wonder the U.S. birth rate is at an all-time low...

So with all that said, anyone else up for a move to Vermont?

More Like This
In Search Of New York City's Most Luxurious Birth Experience
Why Does My Baby Cough While Breastfeeding? Experts Explain
Chrissy Teigen Gives a Cheeky Behind The Scenes Peek Into Her Pregnancy Glam Squad
A New Survey Shows 74% Of Women Would Drain Their Savings On Maternity Leave