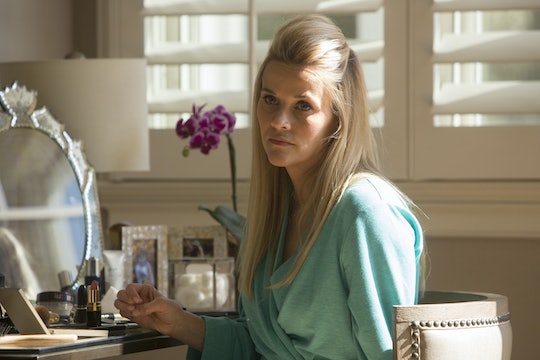 Warning: spoilers from the finale ahead! What made Big Little Lies so special wasn't just the riveting story, or amazing laundry list of A-list stars who played the characters. The music throughout the series was also killer from the beginning; the songs featured in the finale, "You Get What You Need," was no exception. The episode largely took place at the "Elvis and Audrey" Trivia Night, so the inclusion of melancholy Elvis was expected. Those songs, along with others sprinkled throughout the episode, made the show that much more special. The Big Little Lies finale songs perfectly closed out the season.

We have music supervisor Sue Jacobs to thank for Big Little Lies's impeccable soundtrack. In an interview with Vulture, Jacobs said that the musical identity was, "all about tension, the whole push and pull of all of the music as a counterpoint." Jacobs and director Jean-Marc Vallée chose bluesy, soulful songs to underscore Monterey. Savvy Spotify users and websites that curate songs in TV shows have put together an impressive list, but fans are now able to purchase the soundtrack for themselves. According to BuzzFeed editor Jarett Wieselman, it became available for purchase at the end of March:

Real talk: I'm way too excited over being able to own this masterfully curated soundtrack. Here are the songs from Big Little Lies's finale that I'll be listening to over and over: